The US is offering to help build a nuclear-powered aircraft carrier with fifth generation fighters for India, which would transform its military profile in the Indian Ocean Region. This is the biggest and most audacious offer of military cooperation by the US to India so far, and the clearest indication that Washington DC wants defence technology and trade as the principal driver of the relationship with New Delhi.

The contours of the seemingly modest American offer to provide for India's new aircraft carrier a futuristic Electro Magnetic (aircraft) Launch System (EMALS), made during the visit of President Barack Obama to India in January, is now beginning to unfold in its entirety: the "eco-system" for the power guzzling EMALS catapult involves nuclear propulsion, the futuristic F-35 carrier-borne fighters and weapons, and airborne early warning aircraft like the Hawk Eye, together worth tens of billions of dollars.
The two sides have set up a joint working group to discuss the offer, which has EMALS on its calling card. They will actually explore the joint development of India's next-generation aircraft carrier. Leading the two sides in the group will be Rear Admirals Surendra Ahuja and Thomas Moore, respectively.
An EMALS Catapult Assisted Take-Off But Arrested Recovery (CATOBAR) enables the launch at sea of heavier and more powerful, longer-range aircraft from the deck of a larger carrier with less wear and tear to the aircraft than in a steam catapult system. It's also able to launch lighter Unmanned Combat Aerial Vehicles (UCAVs), which earlier systems often cannot. India has so far operated smaller carriers with a ski-jump-assisted take-off, which can launch only smaller fighters with a limited reach. An EMALS-equipped carrier would mark a quantum capability leap for India.
The strategic justification of the offer is that this collaboration "would resonate throughout the Asian continent to India's strategic advantage" in the light of rapid Chinese inroads into the Indian Ocean Region.

"Helping India's military build-up in the Indian Ocean Region is in US interest," leading Indian-origin American strategist Ashley Tellis told The Sunday Guardian. Tellis, who has served in several key positions in the US administration, including that of adviser to the US President, believes that the Chinese threat in the Indian Ocean is real, that Indian and US interests overlap in the context of this "threat", and that the two should thus help each other.
"The prospect of a major Chinese naval presence in the Indian Ocean transforms India's hitherto secure rear into a springboard from which coercive power can be brought to bear against the Indian landmass," notes Tellis in his paper, "Making Waves: Aiding India's Next Generation Aircraft Carrier", calling for closer defence ties between DC and New Delhi.
In this recently published paper by the Carnegie Endowment for International Peace, Tellis argues that the "principal objective underlying bilateral cooperation should be to ensure that India's next-generation aircraft carrier — to include its air wing and its capacity for combat operations — will be superior to its Chinese counterparts".
The US is pulling out all the stops to push carrier cooperation as the next big thing. On 1 May, the commander of the US Naval Air Force in the Pacific Fleet and Super Hornet fighter pilot, Vice-Admiral Mike Shoemaker spoke at an Indian Navy seminar in New Delhi, underlining the centrality of carriers in naval warfare in the foreseeable future. At the same seminar, Scott Forney of US' General Atomics, which has developed EMALS, explained how this technology will give an edge to future carriers.
"The US can make a huge statement by helping build India's aircraft carrier. This will have a major demonstration effect," Tellis told The Sunday Guardian, indicating that this could become the most visible symbol of India-US military cooperation. "Chinese carriers will have 4+ generation fighters. It's in India's interest to have fifth generation fighters, and the best is the F-35," he hard-sells.
India's next-generation carrier, tentatively named Vishal, is yet in the conceptual stage. Top-level sources in the Indian Navy indicate that the concept is likely to be frozen around a 65,000-ton carrier capable of launching heavier fighter aircraft, airborne early warning planes and unmanned combat aerial vehicles (UCAVs) with CATOBAR launch and recovery.
"We want the carrier designed around the air wing. The fighters must be transformational. We must decide on the aircraft first, and this choice must determine the design of the carrier and its deck. So far, our choice of aircraft has been dictated by which carrier has been available to us. For instance, the Russians reconfigured the MiG-29 for deck landing after India committed to buying the Gorshkov (now INS Vikramaditya)," explained a senior officer. There's no unanimity yet on the propulsion system — nuclear or conventional. 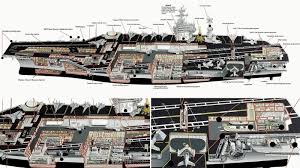 The choice of the "transformational" fighter aircraft may be a difficult one: India has already invested in Russia's Fifth Generation Fighter Aircraft (FGFA), but it doesn't have a naval version yet, principally because Russia does not operate a catapult carrier (needed to launch heavier fighters). The only fifth generation carrier-borne fighter, now nearing completion, is the American F-35.
In order to make the EMALS offer viable, the US will have to make an exception for India to allow transfer of nuclear propulsion technology. EMALS is a power hungry system, the first of which is being installed on the American carrier Gerald Ford.
So far, the US has not provided nuclear propulsion technology to any country other than the UK, its closest ally. Some experts are sceptical on whether the US will walk the talk on an issue involving military nuclear cooperation with India. But others like Tellis are hopeful that the US will do so in its own interest, particularly when there are no proliferation issues involved with a carrier reactor.
A nuclear powered aircraft carrier would be a huge leapfrog for the Indian Navy, which at the moment operates far more modest, conventionally-powered carriers of 45,000 ton and 29,000-ton displacement respectively. The first indigenously made carrier, Vikrant, will displace less than 40,000 tons when it's ready for service in 2018.
But experts reckon that a nuclear-powered super carrier for India is not a pipe dream. "Even India's nuclear submarine project goes back over 30 years. It's finally close to reality today. Such projects typically have a long lead time," says well-known strategic affairs commentator Commodore Uday Bhaskar, who strongly supports a powerful naval profile for India.
"If the Americans can enable the process, it should be accepted in India's larger national interest," he infers. "If India does not take urgent steps to augment its navy, its influence in the Indian Ocean Region will shrink," reasons Bhaskar.
Should this audacious offer gather steam, there could be an inevitable geopolitical fallout: China could infer hostility, step up arming of Pakistan and start trade wars. Traditional defence supplier Russia too could cool off. While there's no defined common security vision or alignment of interests with the US, India may end up being acknowledged as the "lynchpin of the US pivot to Asia". That would pose a new challenge to India's foreign and military establishments.
Posted by Nayeem Sheikh at 23:37