Patrol boat of the 2nd rank / frigate. The development of an export version of TFR / frigate launched in the mid-1980s the North PKB (Leningrad) on the basis of Raman pr.11351, chief designer - Vilor passes. In the design of the ship involves placing RCC "Uranus" and a new type of SAM. The first series of frigates pr.11356 (3 pieces) for the Indian Navy built at the Baltic Shipyard (St. Petersburg) in 1999-2004 Signing a contract for the supply - November 17, 1997 Head frigate laid on the slipway in 1999

Launching of the first two ships of the series - 2000 series head frigate INS Talwar transferred to the Indian Navy June 18, 2003 In 2007 (contract signed in 2006 in the amount of 1.6 billion. USD) began construction of the second series pr.11356 ships for the Indian Navy (3 pieces). Changed the composition of the equipment installed on ships missile system PKR BrahMos . pr.11356R Building of ships for the Russian Navy launched 18.12.2010, the laying of the first TFR "Admiral Grigorovich," a series of three ships in the project. 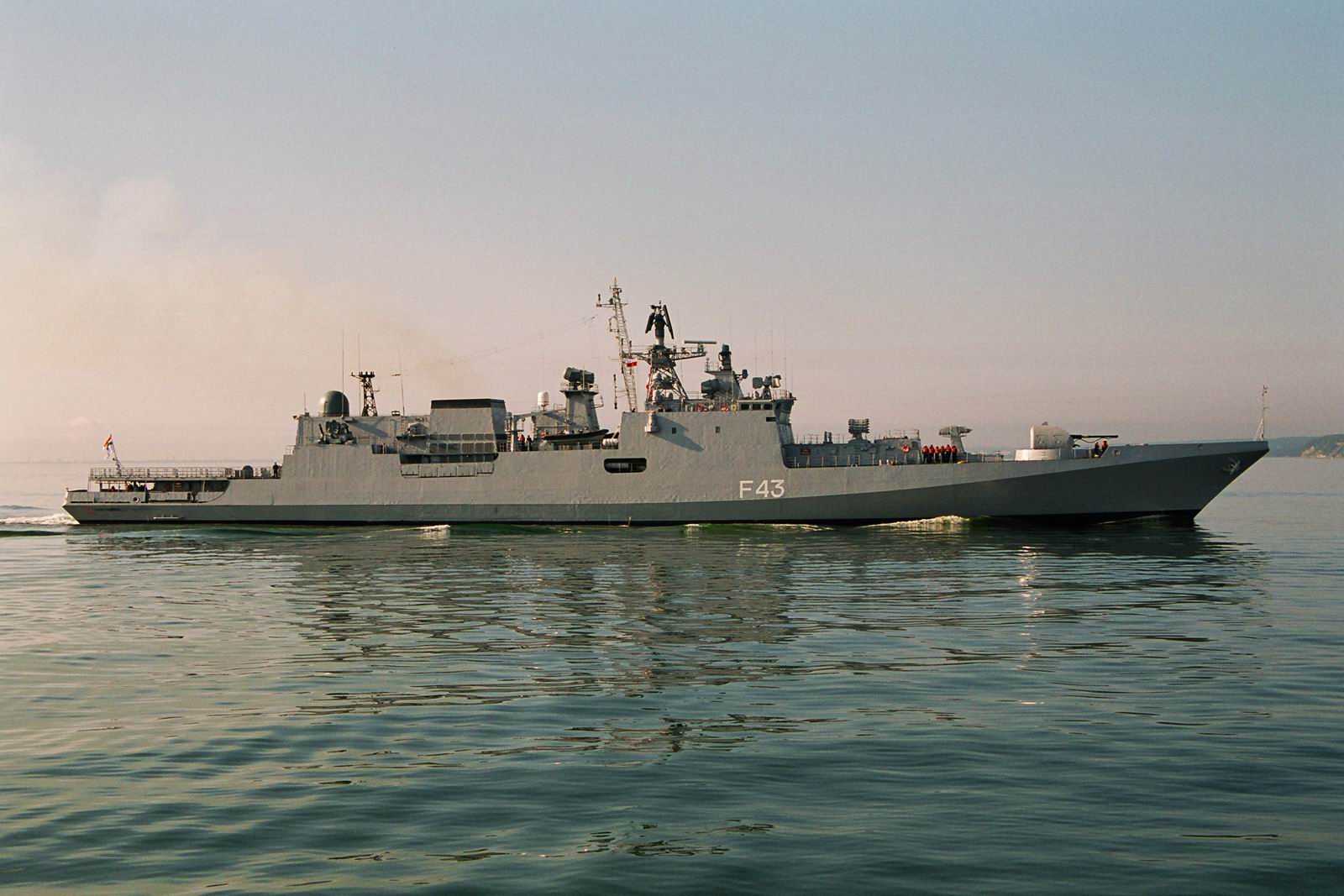 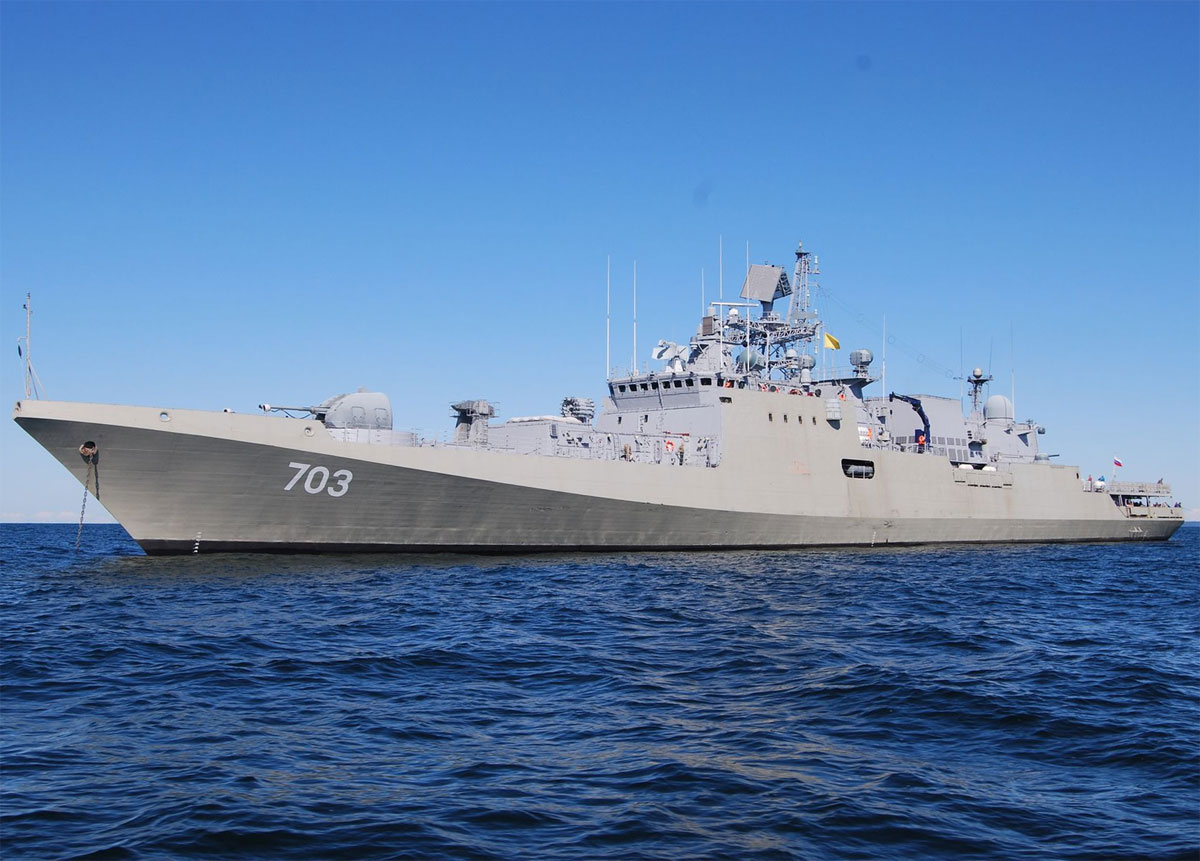 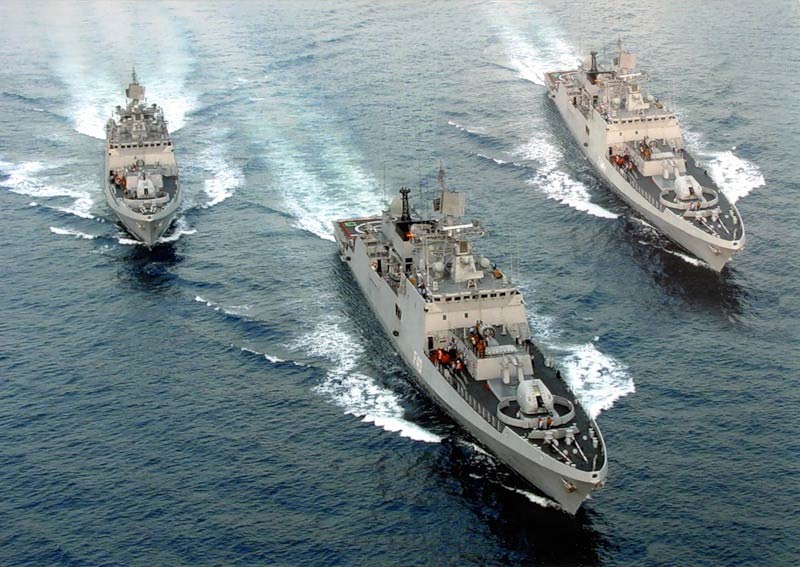 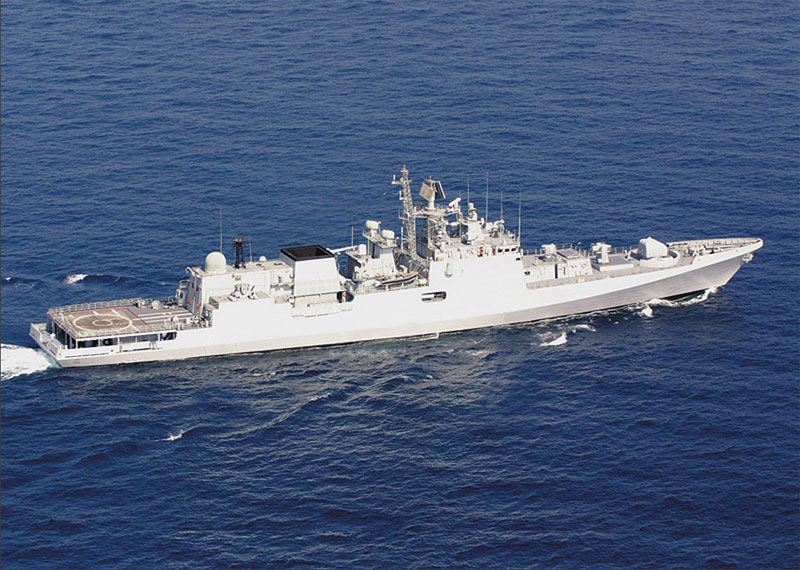 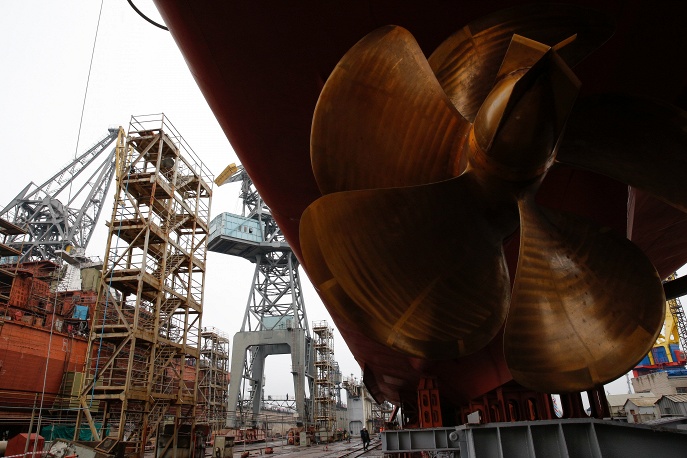 Projection and the cut TFR pr.11356 - Mod.KRIVAK-III (reconstruction of the Personnel of the film "The ship of a new generation"http://militaryrussia.ru ).


According to unconfirmed unofficial data headaches three settings A-190E is released under the "Arsenal" in violation of the technology of system loading. Consequences - at a single firing unit operates normally, but when firing bursts devices fail mechanically damaged deck.Identified weaknesses were still in testing at the site in Rzhevka conducted revision improved the situation only when shooting single shots (ist. - Fear passed). 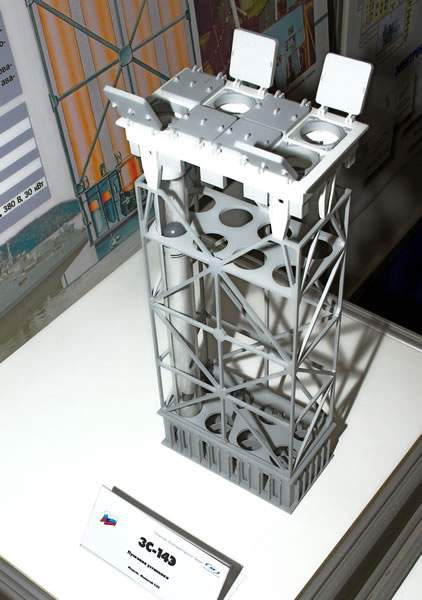 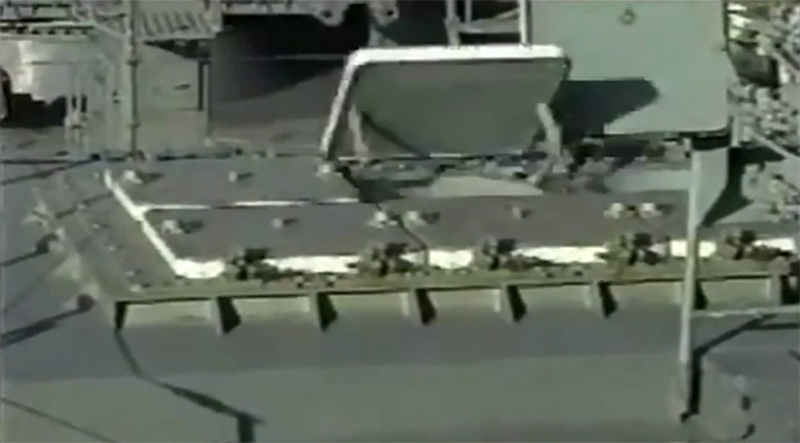 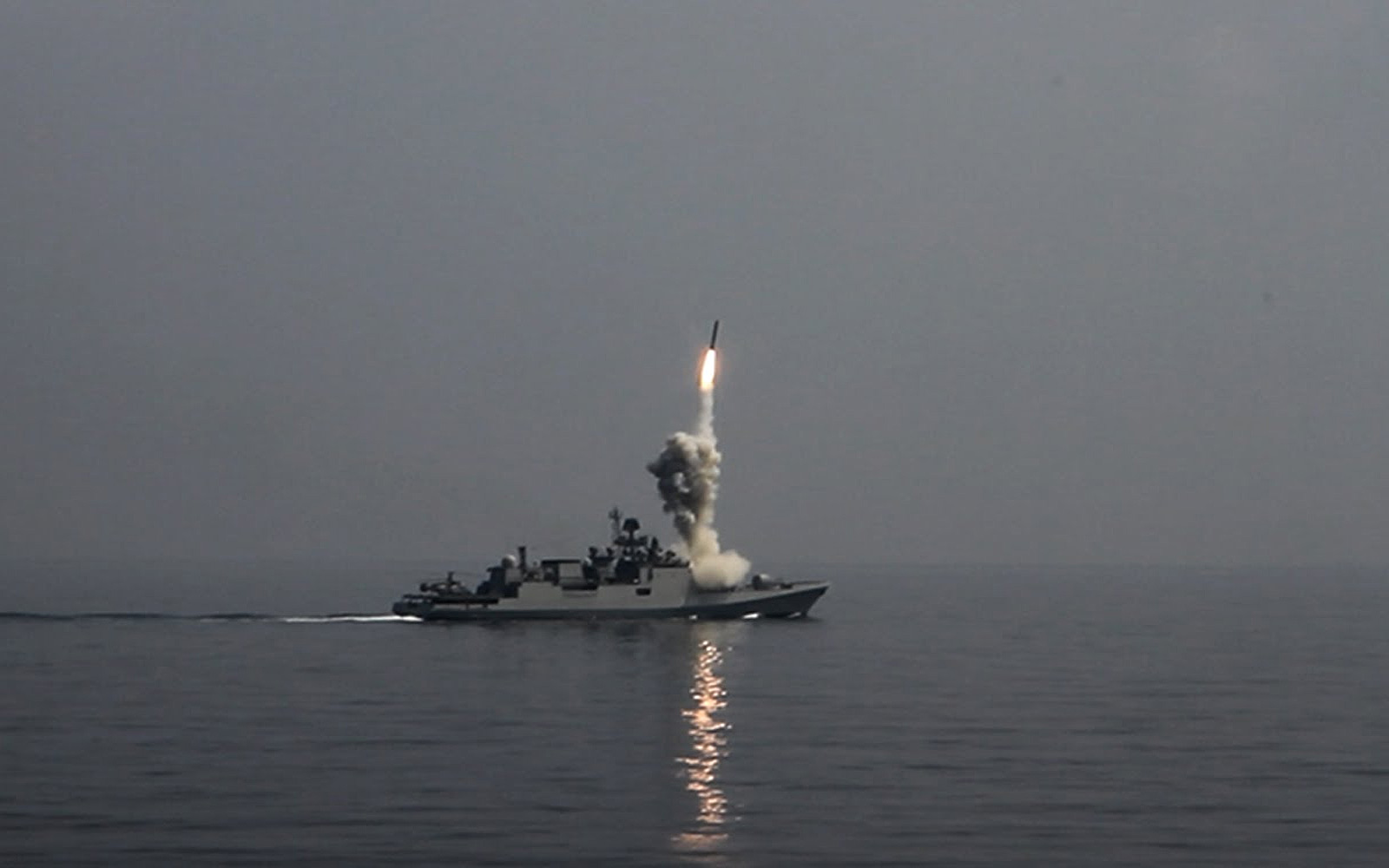 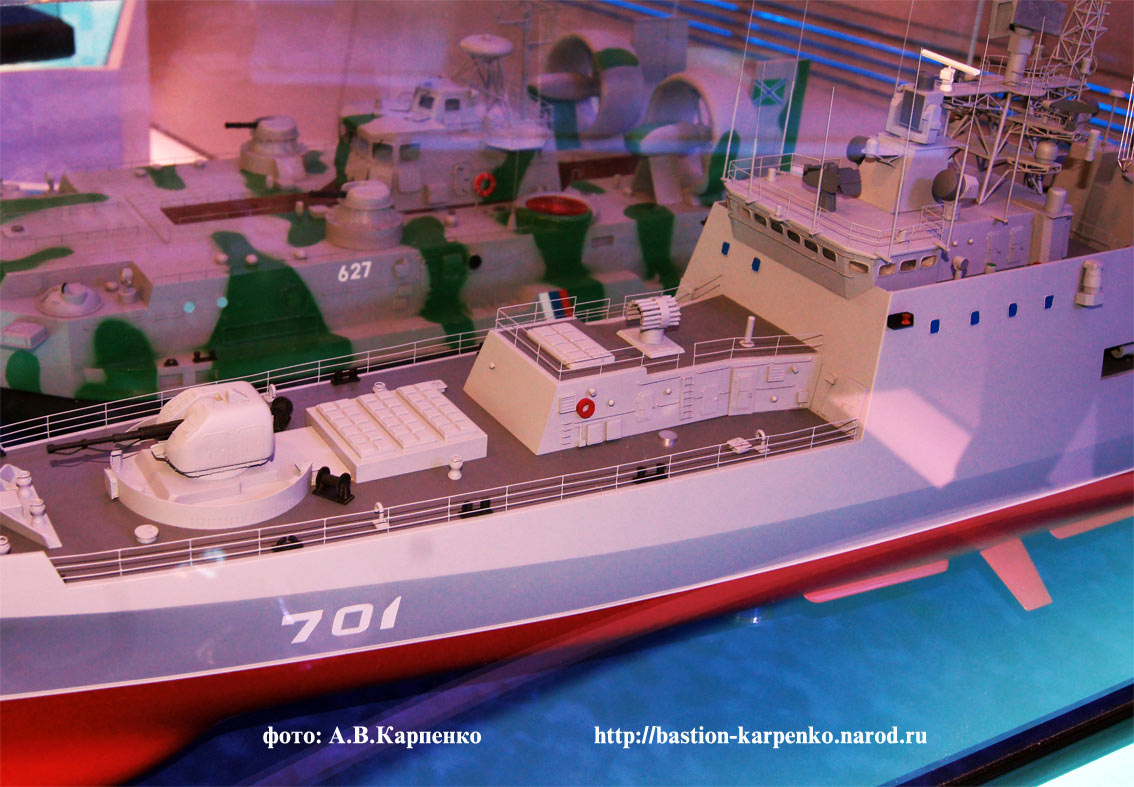 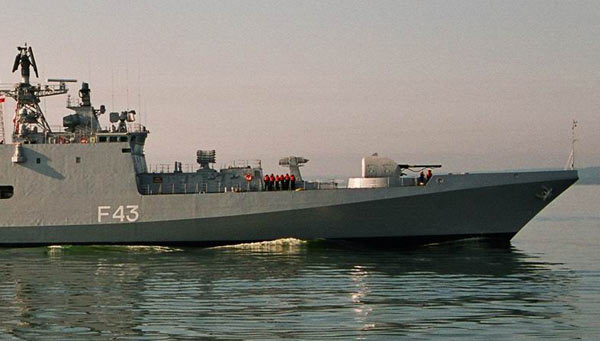 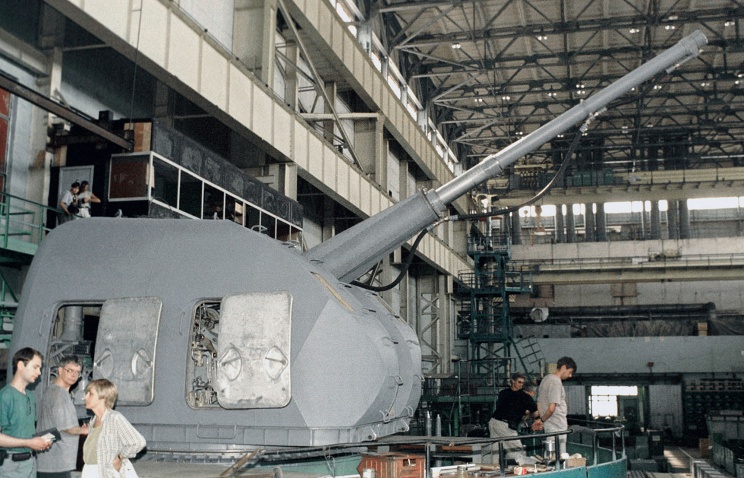 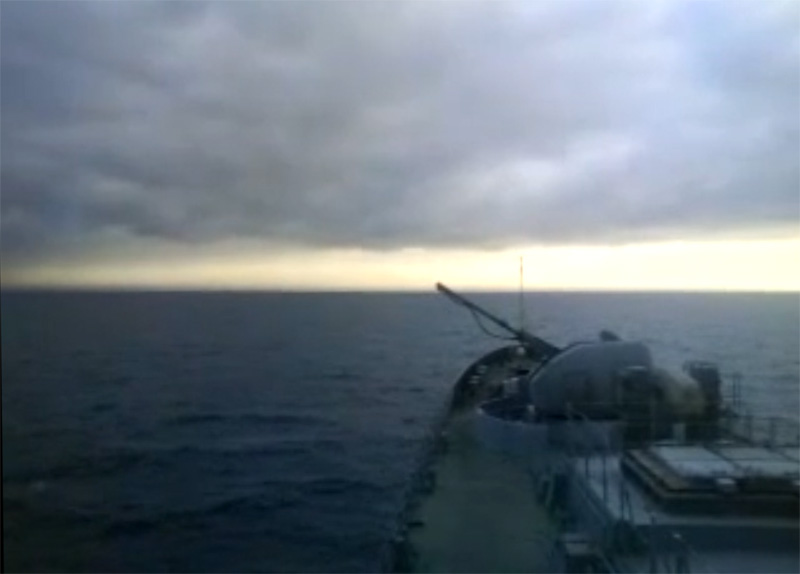 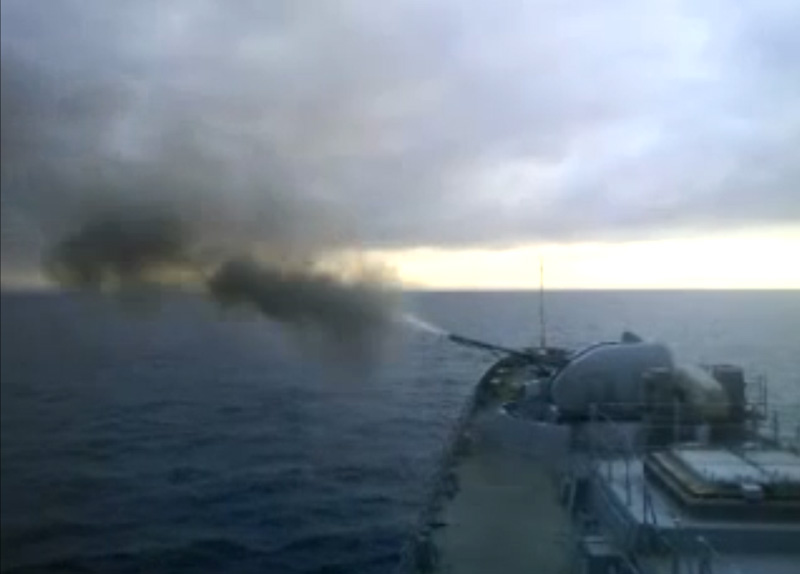 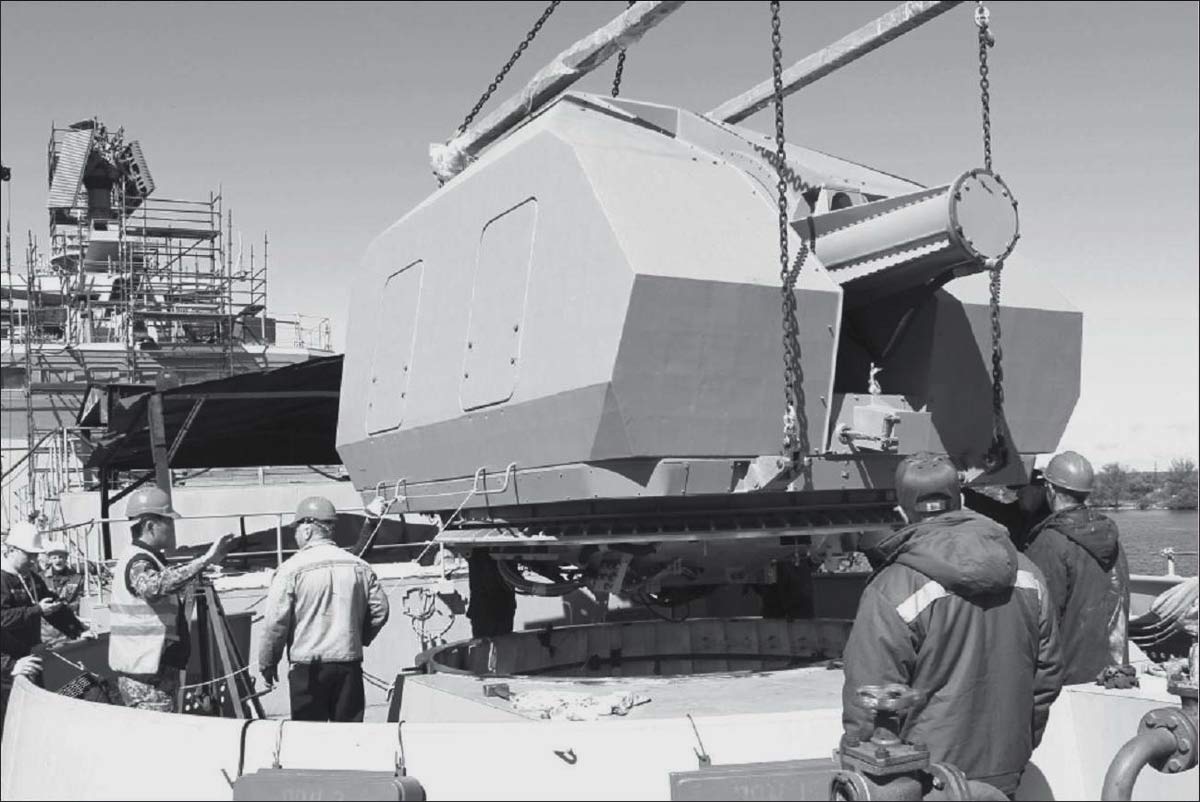 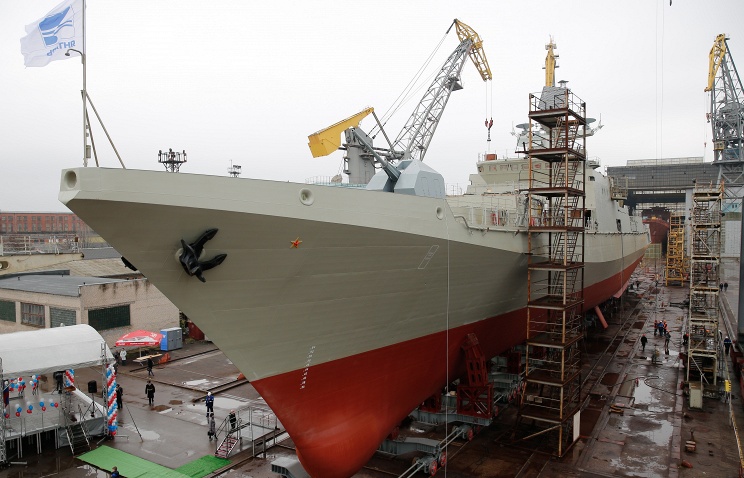 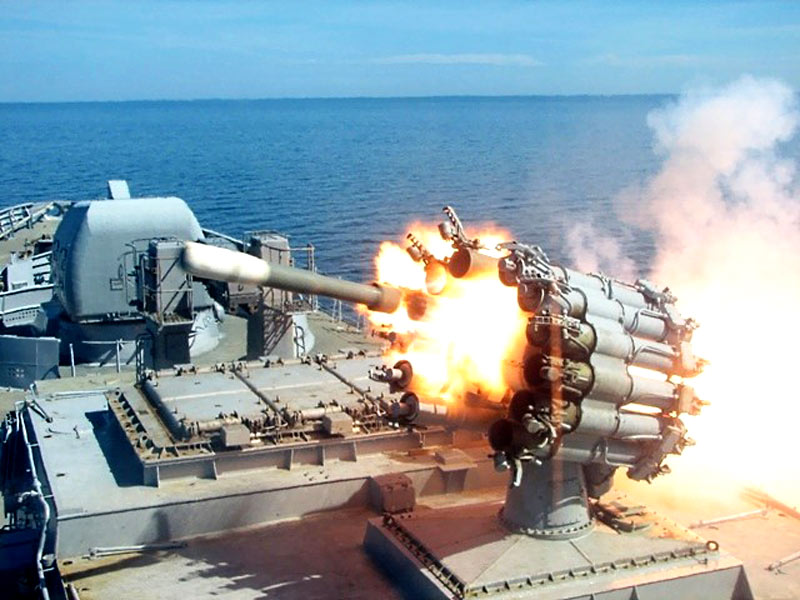 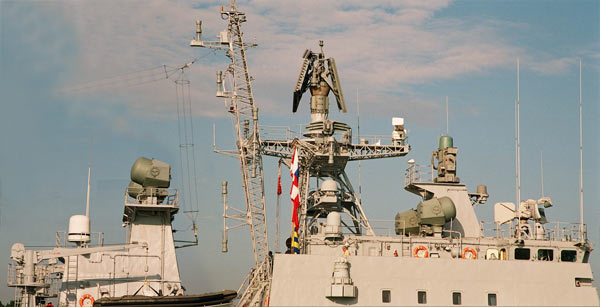 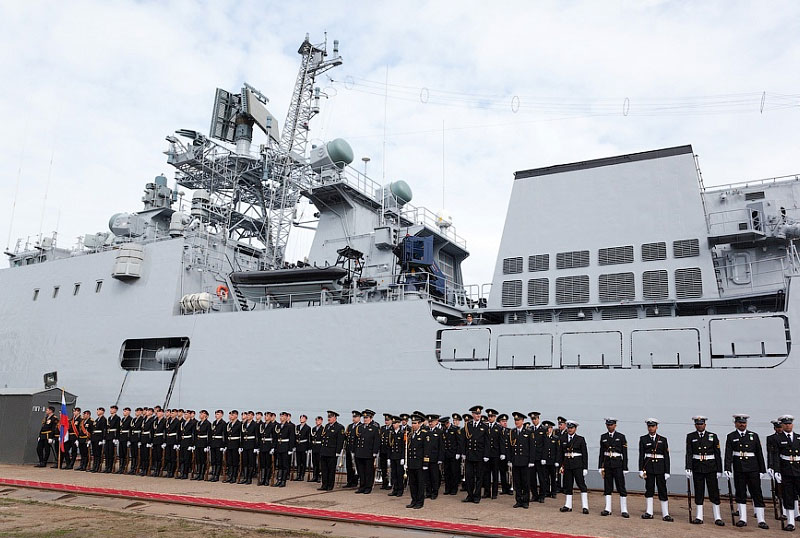 Modifications : - pr.11356 - frigate URO / TFR, Northern PKB developed since the mid-1980s. Two series of 3 pieces and are being built for the Indian Navy. Model frigate pr.11356R, 2012 (photo - A.V.Karpenko, http://bastion-karpenko.ru/ ).
Status : Russia - 2010 October 28 - The Russian Defense Ministry has signed a contract with CVD "Amber" (Kaliningrad) to build three TFR pr.11356 (possibly pr.11356M). The contract was signed following a tender in which participated as well Amur Shipbuilding Plant "Severnaya Verf", "Admiralty Shipyards" and the Baltic Shipyard. The construction period for the contract amount (the first ship) 2 years and 10 months. - 2010 December 18 - in the GCC "Amber" laid the head TFR "Admiral Grigorovich" pr.11356M of a series of three TFR for the Russian Navy. Bookmark the second ship - "Admiral Essen" to be held July 8, 2011
Posted by Nayeem Sheikh at 05:50