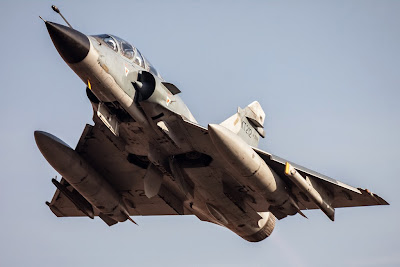 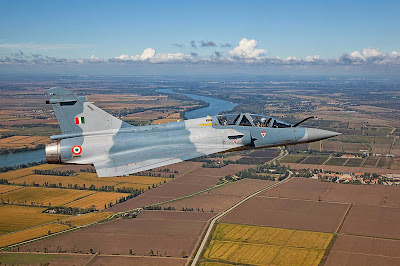 The Indian Air force Purchased the Mirage 2000 during the 1980's the initial deal comprised of 49 (42+7) Fighters. By 2004 IAF purchased another 10 Mirage 2000 fighter which were fitted out with slightly better avionics and weapons point. The aircraft proved its combat effectiveness during the Kargil operation. With the Mirage turning out to be a huge success the IAF were inclined towards inducting more Mirage’s to the force. An RFP for Mirage was sent out during the MRCA deal but the Dassault opted out the Mirage and fielded the more advanced Rafale which was performing the basic demand of ground attack which was the requirement of the IAF.

The Mirage has enjoyed an impressive record from its induction; also the avionics is extremely pilot friendly. In 2006 the IAF came up with an proposal to upgrade the entire Mirage 2000 fleet to the latest Mirage 2000-5 MK II. The deal ran into turbulent waters and by 2011 to a formal contract was signed which mandated that the entire Mirage fleet would be upgraded. As part of the up gradation program the IAF planned to arm the Mirage with IR and EM missiles and in this regard a deal was signed to procure about 300 MICA IR and EM missiles. A final contract valued over $3 billion was signed for the up gradation process. IAF planned to keep the upgraded Mirage 2000s combat ready for a span of another 20 years until the FGFA project could take wings.  As part of the program two mirages would be upgraded in Dassault France and another 51 Mirages would be upgraded in India by HAL. The Mirage upgrade after upgrades would have a better avionics and radar package than the SU 30.

The Mirage 2000 is an aircraft on of its. Mirage 2000 is considered to be the best of the ground attack aircraft under the IAF. What exactly sets it apart is it’s the ‘high drag and low wing’ loading clubbed with high percentage of thrust. The Mirage has a Delta wing design which is very helpful in greater Maneuverability. This factor can be a deciding factor in a dog fight.

During the COPE, an IAF Mirage shot down a USAF F 16 in a mock combat exercise. During the Kargil operations the IAF faced huge problems with the MANPADS, in order to avoid this threat the fighters were required to fly at a very high altitude and dive steeply to 10000 ft to drop the munitions. The Jaguars and MiG 27 faced serious issues, but Mirage 2000 was the only capable fighter that could carry out successful runs throughout the operation. During the Kargil operation IAF dropped only nine 250 Kg Guided PGM's. Eight of them were dropped by Mirage 2000, the other hit was tagged to the Jaguar. 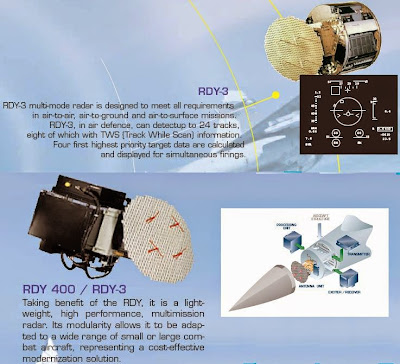 The upgrade package included the newest and advanced generation Thales RDY 3 Radar Doppler Multi Target Radar. Its major functions include Air to Air, Air to Surface and Air to Sea seeking. The Air to Air mode is multi capability radar it’s also effective for multi target fire control. The Air to ground mode includes high resolution terrain mapping and avoidance capabilities and ground target indication. The radar is easily switchable between Air to Air and Air to Surface Mode. The radar has a very good ECCM Capability. In the radar technology the Thales is considered generations ahead when compared to the Russian BARS radar which is still developing a AESA radar where as Thales have already delivered RBE 2 AESA to Armee de'l Air.

The Upgrade includes improving the capability of Detecting and Jamming enemy radio frequencies. The system should be in a position to warn the Pilot and also jam the signal, most of the Fighters have this as a Podded feature but here all of these are included into the Air frame.

Comparison of Old and New cockpits

The upgrade includes upgrading the entire cockpit layout with transformation of legacy mechanical display into latest Multifunctional Display with glass cockpit. The Thales Topwl F would be the newest HUD for the pilot. The upgrade involves bettering the weapons package which includes arming the aircraft initially with 300 MICA IR and EM missiles. The Israeli spice missiles have also been offered to Indian for the Mirage upgrade. This can be outfitted with smart twin Bomb rack which holds two 250KG LGB/PGM. The Mirage has only three strong points each in one wing and one in the under carriage. Further the aircraft has three wet point. The hardpoints can be used to attach drop tanks, but there have been several instances when PGM's have been attached and used for operations.

Comparison of Old and New HUD's 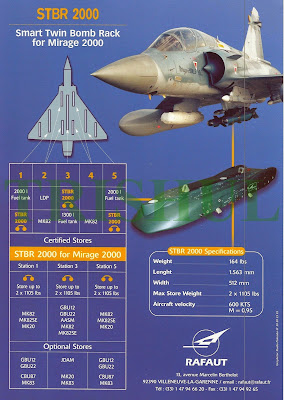