Scorpene is in the Sea 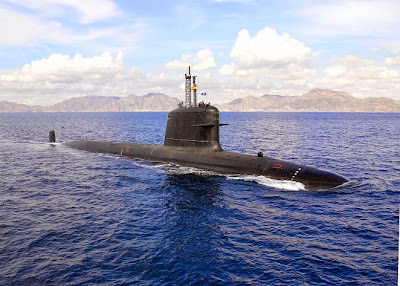 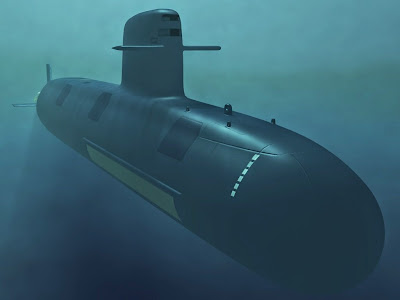 To augment its depleting conventional submarine fleet the Indian navy came up with the ambitious “ Project 75 “ which would arm the navy with six state of the art conventional attack submarines and was valued at around $4.6 billion. The government approval for construction of the six submarines was sanctioned in September 2005. The contract was signed in October 2005. DCNS was awarded the contract under which the Scorpene design was approved. French DCN and the Spanish company Navantia were to help Indian state-owned Mazagon Docks based in Mumbai manufacture these state-of the art submarines under a technology transfer agreement. The first Scorpene submarine was to be delivered to Indian Navy by 2012. 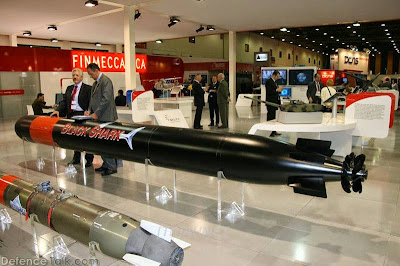 The Scorpene submarines are a class of diesel-electric attack submarines which was jointly developed by the French DCNS and Navantia. Scorpene submarines are a 1900 tonnage submarines measuring 219 feet in length from aft to bow. The submarines can achieve a maximum speed of 20 knots. The maximum diving depth of the submarine is believed to be 300m which is one of the highest diving depths available for a conventional submarine. The Submarine will be manned by a crew   of 31 sailors and can survive in the sea without returning to its port for about for about 50 days. The Scorpene has two diesel generation sets providing 1,250kW of power. The submarine is also supported by an electronic engine which produces around 2,900kW of power. To lessen the submarine's vulnerability, Scorpene can be equipped with an air independent propulsion system. Scorpene’s are to be equipped with a state of the art Air Independent propulsion system. The heat is generated by ethanol and oxygen. Combustion of ethanol and stored oxygen occur at a pressure of 60 atmospheres. This pressure-firing allows exhaust carbon dioxide to be expelled overboard at any depth without an exhaust compressor. The last two of the six Scorpene submarines will be featuring an AIP system developed by DRDO. The Scorpene attack submarine can carry 18 torpedoes and missiles or 30 mines. It is equipped with six bow-located 21in torpedo tubes providing salvo launch capability. The submarine's weapons include anti-ship and anti-submarine torpedoes and anti-surface missiles. Problems with procuring the modern 533mm Black Shark torpedo's from Italy's Finmeccanica have been floating for a long time thanks to the alleged role of Finmeccanica in the Helicopter scam but the issue is to be soon sorted out. The Newest Scorpenes comes with network centric attack capabilities that are connected to other Submarine Platforms. The Scorpenes are fitted with SATCOM and COMINT that can directly ping to the Navy's dedicated Satellite link through’ Rukmini ‘. This allows the Submarine to track and intercept most targets and also allows high probability of Interceptions. The Communication intelligence module allows tracking, record and monitoring of enemy activities and to share it to among other platforms on a real time basis. Scorpene submarines are believed to be one of the world's most advanced diesel electric attack submarine. 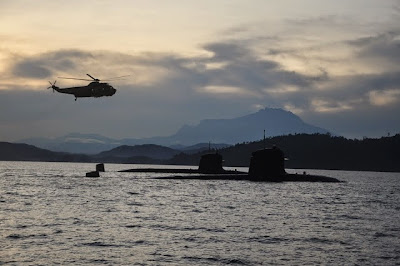 The first Scorpene submarine built under the project was slated to be launched and inducted to the force by 2012 but has suffered a four year delay. Disclosing the long persisting problems and delays with the project the then MoD A K Antony had said “The delay in construction of Scorpene submarines is attributable to initial teething problems in absorption of new technology, delay in augmentation of industrial infrastructure at MDL and delay in procurement of items by MDL due to their high cost as compared to the earlier indicated cost.” And added “A technical data package had been provided by the collaborator (DCNS) as part of the technology transfer for the six submarines under construction at MDL. This would enable attainment of significant indigenous competence in submarine construction, especially in the field of hull fabrication, outfitting, and system integration by the end of the programme". The much delayed P 75 project has received some boost with the first submarine built under the project believed to be headed out to trials. The first submarine under the project has been cherished INS Kalavari and is believed to be hitting water for the first time very soon. Officials at Magazon dock and Indian Navy have confirmed the much awaited news regarding the INS Kalvari, the first Scorpene class submarine and have claimed that the submarine is slated for HATS (Harbour Acceptance Trails) very soon. The submarine is to be inducted to the force by September 2016 according to the revised schedule set in place for the project. MDL is believed to have completed the Hull fabrication of four Scorpene submarines but is taking time in fitting the subsystems. The remaining five submarines are to be handed over to the Indian navy with a time gap of nine month each. But the credibility of the project can only be ascertained after the first submarine under the project successfully completes its Sea and Harbour Acceptance Trails, integration test under which the fire systems of the vessel is tested. 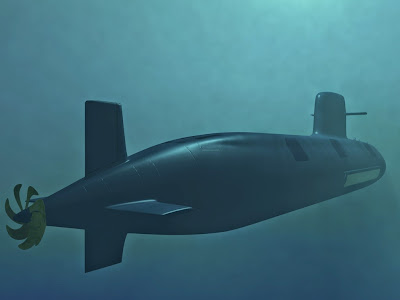 The Scorpene’s will be replacing the existing fleet of Type 209 and Kilo class submarines which are nearing their service life. Indian Navy has a Requirement of 6 SSN and 3 SSBN for strategic attack capability and High level deterrence against Chinese Navy. The black projects headed by the PMO have designed, developed and nearing induction with the Arihant class Nuclear-powered submarines. Chilean and Malaysian navy operates each two of them, and the Brazilian navy is to receive the Scorpene submarines.  The project once completed will boost the depleting numbers in the Indian navy and empower the navy with state of the art under water force that can challenge the advent of the hostile forces lurking right under their noses.

Article By Karthik Kakoor
Posted by Nayeem Sheikh at 02:43