Since none of the “desi” journalists have so far bothered to showcase the first fully-functional prototype of the 155mm/52-calibre truck-mounted howitzer unveilled last week by TATA Power’s Strategic Electronics Division (SED), I might as well as be the one to provide certain insights! 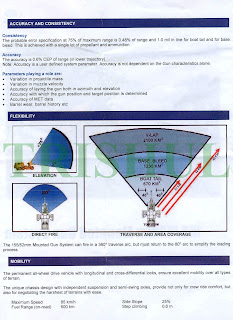 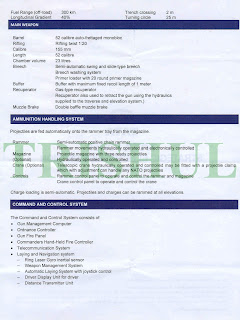 Dubbed as being 55% indigenous by content, this motorised howitzer was jointly developed by TATA Power SED and South Africa’s DENEL Land Systems. Essentially a re-engineered version of DENEL’s T5-52 motorised howitzer (which was showcased during DEFEXPO 2002 along with SOLTAM Systems’ ATMOS, with both of them at that time making use of a TATRA-built truck, the latest ‘avatar’ of this weapon system has unveiled last March/April at the DEFEXPO 2012 expo at Pragati Maidan, New Delhi. At that time, TATA Power SED officials seemed confident of exporting this motorised howitzer to Indonesia. If this deal does fructify, then Indonesia’s Army (TNI-AD) would become the third ASEAN army to procure such howitzers, the other two being the Royal Thai Army with six Nexter Systems-built Caesars in service, and Myanmar’s army with 12 Yugoimport SDPR-built Noras in service. 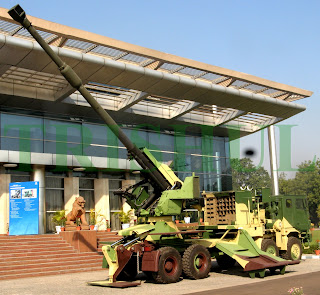 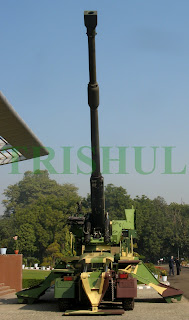 DENEL Land Systems has supplied the monoblock gun barrel fitted with a double-baffle muzzle brake, gun cradle with an integrated buffer system, swing-and-slide breech mechanism, electrically-activated firing mechanism, autoloader/rammer, ballistics charts, muzzle velocity radar, an automatic laying and land navigation system using a RLG-INS, a panoramic optical-mechanical sight mounted directly to the trunnion, incorporating a compensation system for trunnion cant, which forms a backup for indirect fire, and a telescopic sight for direct fire that is mounted to the compensation system. TATA Power SED, on the other hand, developed the digital ballistics computer, telecommunications system, the hydraulic system that supplies hydraulic power for deployment of the outriggers and the top-carriage hydraulics, all on-board electrical systems, the gun management computer, and the ‘Rajak’ driver’s vision enhancement system. The customised 8 x 8 truck comes from TATA Motors. 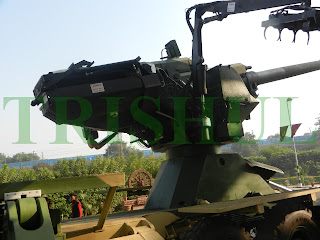 Overall, TATA Power SED’s solution is being touted as being the cheapest option, a claim that will undoubtedly be contested by the likes of other contenders like the Larsen & Toubro/Nexter Systems partnership that is offering the Caesar, the Kalyani Group/ELBIT Systems partnership that is likely to offer the ATMOS, and the Punj Lloyd/Yugoimport SDPR partnership that is likely to propose the Nora. However, a simple visual comparison between TATA Power SED’s solution and the Caesar reveals the fact that the latter’s overall design is superior as it can be airlifted by transporters like the C-130J-30. In addition, the Caesar has also been combat proven in both Afghanistan and along the Thai-Cambodian border. 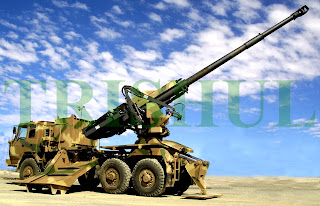 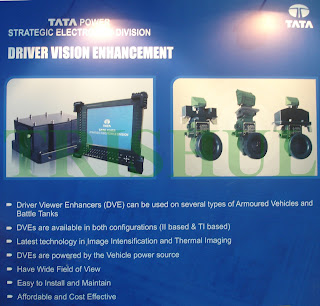 However, one thing is certain: the Indian Army’s demand for such motorised howitzers (labelled by the Indian Army as Mounted Gun Systems), which first arose immediately after OP Vijay in 1999, will be for at least 1,800 units (and not 814 as is being erroneously claimed in some quarters) in the years to come, since it is now virtually certain that the Indian Army will no longer procure the 1,580 towed 155mm/52-cal howitzers that it had earlier planned to, given the fact that the DRDO has succeeded (only God knows how!) in convincing the Ministry of Defence that it, along with India’s private-sector firms and public-sector undertakings, will be able to deliver a futuristic 155mm/52-cal advanced towed artillery gun system (ATAGS) by 2022.

A month before the Tata Power Strategic Electronic Division unveiled what was heralded as India's first 'indigenous' artillery gun, the company was among 14 Indian firms that sat across the table with DRDO officials at a three-day brainstorming session in Pune between October 29-31 on the latter's proposed 155mm/52cal advanced towed artillery gun system (ATAGS, since they love their long acronyms).

According to DRDO, the 155mm gun it plans to develop at the Armament Research & Development Establishment (ARDE) in Pune, "Improved firepower to achieve first salvo effectiveness at longer ranges, higher accuracy and enhanced survivability are the primary requirements for this gun system. Efforts are being made to develop new technologies for weapon platforms, automation and control systems, recoil management, materials, etc., to achieve improved weapon performance."