ndian Army ready to deal with any insurgency, says chief 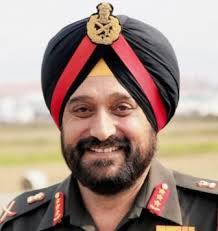 After admitting that rate of infiltration has increased this year in comparison to last year, Chief of Army Staff General Bikram Singh said that Indian defence forces are completely prepared and ready to take on any external aggression, if it happens in the near future.

He said that Army’s commitment to protecting the nation against external aggression, stating that the Army is still alive in the fight against terrorism and other internal security challenges. He said that what we have watched now is a bigger thing, because, in spite of our involvement in fighting internal security threat, we are not losing sight of the fact that our primary responsibility is the defence of external aggression.
“What we have just demonstrated here is that we are ever ready to defend the country. The zeal and high morale of the young passed out officers is enough to send message across that Indian Army is fully capable and prepared to deal with any insurgency,” he reiterated, adding that modernisation and up-gradation of the arms and ammunition including communication equipments is a regular feature in the Indian Army.
He however, reassured towards encouraging research and innovations by the various formations of the Army, towards improving the efforts of the Indian Army. While giving highlighting about the high standards of IMA, Gen Singh said that officers have been fortunate in having been groomed at the academy which has produced some of the world’s finest military leaders, including the legendary field Marshal Sam Manekshaw.
“As young Army Officers, your basic role will be that of a warrior and protector. You will also have to act as an apostle of peace and hope for the citizens of this great country. Wherever and in whatever capacity you are, always remember that you belong to the last bastion of the country and you cannot afford to fail and ever let your country down,” he said, adding that the Indian Army has a formidable image, both at home and abroad. It is an Army known for its long martial traditions with the time-tested ethos of nationalism, patriotism and discipline as its bedrock.
According to him, Indian Army has set benchmarks for valour, courage under fire and selfless sacrifice in four major wars on our borders after independence and in the ongoing internal security commitments and the Army is admired for its prompt and effective response to conduct disaster relief and humanitarian assistance operations in the aftermath of natural calamities. In the global environment, the Army is renowned for its contributions in UN peace keeping operations.  Gen Singh also conveyed appreciation the passing out cadets from Afghanistan, Maldives, Tajikistan, Mauritius and Bhutan.
Posted by Nayeem Sheikh at 02:11