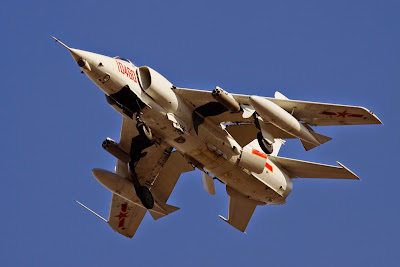 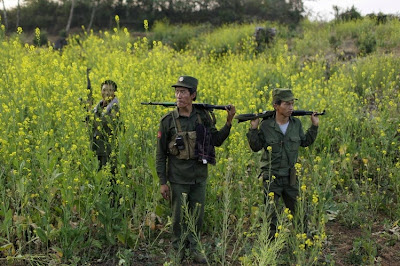 Last Friday a Myanmar fighter jet dropped a bomb over a Chinese field close to the International border shared by Myanmar and China. This resulted in the death of four Chinese nationals. This is an unintended incident that has led to an tense standoff between the nations. China and Myanmar have had a hostile history.

The Ethic Chinese rebels and the Myanmar had agreed for a cease fire according to an accord that dates back to around five years, but this cease fire rarely ever existed with the Chinese rebels violating the accord repeatedly.  Myanmar announced improvised strikes against these rebels last month, resulting in huge causalities on both sides.

A Chinese Built Mig 19 flew providing Close Air support to the Myanmar ground forces fighting close to the border shared with China. Suffering an abnormality the jet unfortunately dropped its ordinance Yunnan province on the Chinese territory. It’s claimed that the pilot identified some sugarcane farmers as rebels and bombed resulting in four deaths and leaving nine others wounded. Last week a bomb was dropped over a Chinese village which ended up damaging several houses.

When the fighting started since the middle of last month thousands of Myanmar peoples citizens have taken refuge in China. The Kokang rebels are known to be operating from inside China and have repeatedly orchestrated attacks across Myanmar border. The Rebel leaders are known to have had strong connections with Beijing. Rebels are in a dispute with the Myanmar government to secure rights for the Chinese ethical groups which have been neglected by the Myanmar government. The rebels have resorted to armed movement against the government for securing autonomous options for their Kokang area. China is known to be fuelling and providing active support to these rebels to fight against the Myanmar forces. Which is a direct result of the Myanmar’s shift towards American and Western policy? Myanmar is og huge interest to the Chinese government, Myanmar has blocked China an direct access to the all crucial high seas of Bay of Bengal. Myanmar time and again turned down China’s request for access to the Bay of Bengal.

Soon after the fatal bombing, Chinese Airforce deployed it’s fighters to take stock of the situation. The Chinese foreign minister also summoned the Myanmar ambassador and held a brief meeting about the bombing involving innocent Chinese citizens. While the Chinese official state media said "made it all the more imperative for Myanmar to honor its commitment to safeguarding peace and security on the border area to avoid a spill over of its war fire". “The conflict in northern Myanmar [is] the country's internal affair and the Chinese side has always respected Myanmar's sovereignty and territorial integrity. China hopes the conflict can be resolved peacefully as soon as possible."

But China has restricted its citizens against issuing any information about the attacks in public. China has also said there were more than 60000 refugees seeking refuge in China. China has provided humanitarian support to these refugees.

The armed rebels numbered to around two thousand have armed themselves with AK 47, mortars and rocket propelled grenades and is actively engaging the Myanmar government. Myanmar government has also planned to negotiate a ceasefire with the Kokang rebels in the coming days. The rebels commented they are now having more than 5000 fighters but they have no connections with Chinese officials, and he refused to comment when question about arms supply was raised.

The peoples of the Kokang have also been affected by this conflict resulting in civilian deaths, while they have repeatedly demanded for more autonomous power. Myanmar has repeatedly said this is an “Hybrid warfare mechanism being handled by Chinese officials to destabilize the situation. “