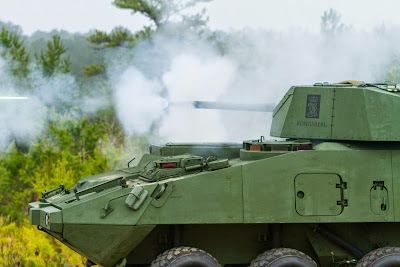 I've been reading on some articles recently on turrets, mainly the issue of Manned vs Unmanned (Remote) turrets.
I think two recent events have an impact on the heated discussions, these being:
Citing from one of my previous posts on Remote Turrets:
Remote turrets are enclosed structures with all the subsystems like the ammunition feed chutes, ammo boxes and drives are inside an armored cocoon. On the other hand RWS have an open architecture.  However remote turrets have some drawbacks based on the crew being located inside the hull. Main item being total dependency on the sensors/electro-optics.
During operations, the the commander's capability to crack open the hatch and have a look around the vicinity provides a big advantage in terms of situational awereness. 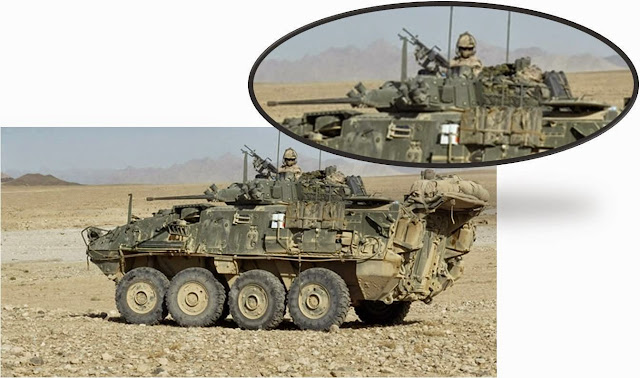 In addition, the sighting systems in the remote turrets, cannot include direct view optics, which is also a very important for some armies such as British Army.


Another issue for the remote turrets is the difficulty of the gunner losing the feeling on the turret/barrel orientation. The gunner is located inside the hull and his sensory feedback only feels the vehicle accelerations; thus after a short while it is not uncommon for the gunner to start having difficulties on where the turret is oriented with respect to the vehicle, especially when the stabilization is turned on.

This can be overcome by utilizing easy to understand indications on the gunner's display; however still requires careful design.

One of the good articles I was reading was from the Australian Defence Technology by Ian Bostock with the title of "Pointers hint at unmanned future for CRV turret".
One of the points in the article states that Remote Turrets offer significant weight savings (the article says 1.200 to 2.000kg's) compared with a manned turret with equivalent protection levels.
I have to disagree with this statement.

Suppose you are converting a two-men turret to a remote turret keeping the protection level the same ie. STANAG 4569 Level IV. The structural elements and equipment you can totally eliminate in a remote turret are:
Also for the remote turret, you have the option to reduce the ring diameter from a generally accepted value of around 1.5-1.6m in a two men turret to a ring around 1m diameter. This would help you reduce the weight of the ring gear (or slewing ring in other words). On the other hand, you still have to put two seats inside the vehicle for the commander and gunner. Also the displays, handles, structural elements for these still have to be located inside the vehicle. So these are weight-wise not totally eliminated albeit some reduction in the volume invaded compared with the basket swept volume for a manned turret. However, the ammunition boxes for the main gun and the coax gun that were generally in the basket for the two-men turret have to be relocated to the turret hull. The former 2 men turret hull did not include these, so it usually means you have to increase the turret hull size to accommodate the ammo boxes. The following images shows the ammobox size for a 30mm turret with linked and linkless ammunition types. These ammo boxes takes up considerable volume inside the turret hull for a remote turret.
As size means more surface area and more surface area means weight, you dont get to save that much weight by converting to a remote turret.   Also, for the remote turrets, the turret cutout on the vehicle roof has to be covered by a hatch. This also adds weight. The result shows, you usually dont save significant amount of weight with a remote turret having the same protection level as a two men turret.
However, the trick is reducing the protection level for the remote turret considering the fact that there is no crew inside. This approach would pave the way for weight reduction.
So, in my opinion, the remote turrets although offer some advantages are not the perfect solution to replace all the other turrets.
The correct answer probably lies in the configuration and mission of the vehicle, such as: