India MoD Clears 3 Big Deals With Russia, Europe & the US 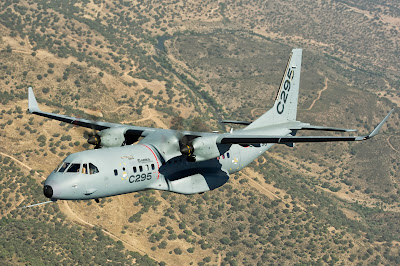 Big raft of decisions just pushed through the chute at the Indian MoD, leading with an expected decision to clear a single-vendor bid by the Tata-Airbus consortium to supply 16 C295 transports in flyaway condition and 40 off a new Indian production line. A historic step in many ways. Once done and dusted, as you've read here on, it'll be the first time aircraft are built for the military by a private firm. Or any firm, really, other than HAL.

Lots of other deals cleared today by the Defence Acquisition Council (DAC), the apex MoD body before final political signatures. A surprise win today was for Russia's Kamov: a surprise only that it came so soon. The company will set up a local line to build 200 Ka-226T Sergei light helicopters for the Indian Air Force and Army. Most significantly for the Army, the government has cleared the manufacture of 145 BAE Systems M777 ultra-light howitzers in India through a private Indian production agency, likely to be among L&T, Tata or Mahindra Defence. Boom. A deal back from the dead.

Other deals cleared this evening include a go ahead for procurement of 38 additional Swiss-made Pilatus PC-7 Mk.2 basic trainer aircraft, the procurement of communication terminals for Advanced Landing Grounds (ALGs) of the IAF. Interestingly, the IAF has also been given approvals to obtain two 7-year-old wide body airliners from state-owned Air India for its VVIP communication squadron.

For the Indian Navy, the MoD has cleared the raising of six  regiments of the BrahMos missile for the three Delhi-class destroyers and first three Talwar-class frigates. Preparatory studies for the construction of India’s second indigenously made aircraft carrier given the go ahead.