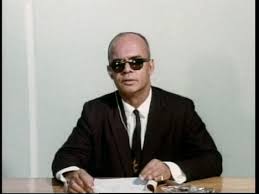 Eric Williams, the first prime minister of Trinidad and Tobago, had sought the assistance of India’s first Prime minister Jawaharlal Nehru to regain US-controlled bases in the Caribbean nation, a top politician said. Williams, who was Prime minister during 1962-1981, sent former deputy Prime minister Kamaluddin Mohammed to meet Nehru to seek his support.

“Dr. Williams had sent me to meet Prime Minister Nehru to seek his support and guidance in regaining Chaguaramas, Carlsen Field and Waller Field, which were leased to the Americans by the British in exchange for warships during World war II,” Mohammed said at a function to mark the International Scholars’ Day at the Mahatma Gandhi Institute for Cultural Cooperation.
“Soon after our meeting, Pandit Nehru despatched a letter to the then British prime minister and the rest is now history. Chaguaramas was handed back to the government of Trinidad and Tobago in 1967, five years after independence in August 1962,” he said.

Nehru had hailed Williams as “a brilliant man, an original thinker with dynamic leadership and statesman qualities”, Mohammed said.

Praising India’s first education minister Maulana Abul Kalam Azad, Mohammed said Azad was “a great thinker and orator who set the agenda for education in India”.
He said Azad was called India’s “Lord of Dialogue” because “he sought to meet with all sectors — political, religious, cultural, social and economic — of the Indian populace in preparation for the smooth sailing for independence”.

Trinidad and Tobago has a huge Indian diaspora. Indians were brought to the Caribbean between 1845 and 1917 to rebuild the agricultural sector after the emancipation of slavery. Around 148,000 Indians came from Uttar Pradesh and Bihar.