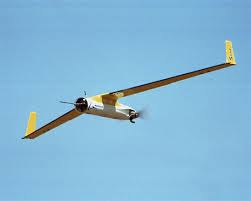 The Indian Army has outlined plans to beef up the reconnaissance capabilities of its infantry battalions with mini unmanned aerial vehicles (UAVs) small enough for soldiers to carry, deploy and recover..

A key component of the infantry modernisation plan is to equip more than 350 battalions with three mini UAVs each to help soldiers launch offensive and defensive operations, army sources said.
The US, British and Israeli armies have been relying on such small-sized surveillance systems for sometime now. Equipped with electronic sensors, man-portable UAVs are used for capturing and relaying images of the tactical battle area to improve the situational awareness of soldiers.
The army is looking at buying mini UAVs with an operating range of eight to 10 km and flight endurance exceeding three hours, the sources revealed.

Ramping up the infantry’s surveillance and reconnaissance capabilities with more than 1,000 mini UAVs could cost as much as Rs. 150 crore. That’s not much of a price to keep soldiers out of harm’s way, a senior officer said.

“Mini UAVs come with huge operational advantages as we can look deeper without sending out a patrol. Quicker flow of information will help commanders take more accurate decisions,” said an infantry battalion commander, who did not wish to be named.

He said such systems would also offset the challenges posed by hard terrain conditions in forward areas. More than 120 infantry battalions are guarding our borders or involved in counter-terrorism operations in difficult areas.

The mini UAV project – one of the 80 modernisation schemes being given impetus by army chief General Bikram Singh – is expected to be implemented within the 12th Plan (2012-2017).
Mini UAVs are not confined to just military applications. These lightweight systems, which can be launched in 15 minutes, could be valuable for an army that is frequently called upon to provide humanitarian aid.