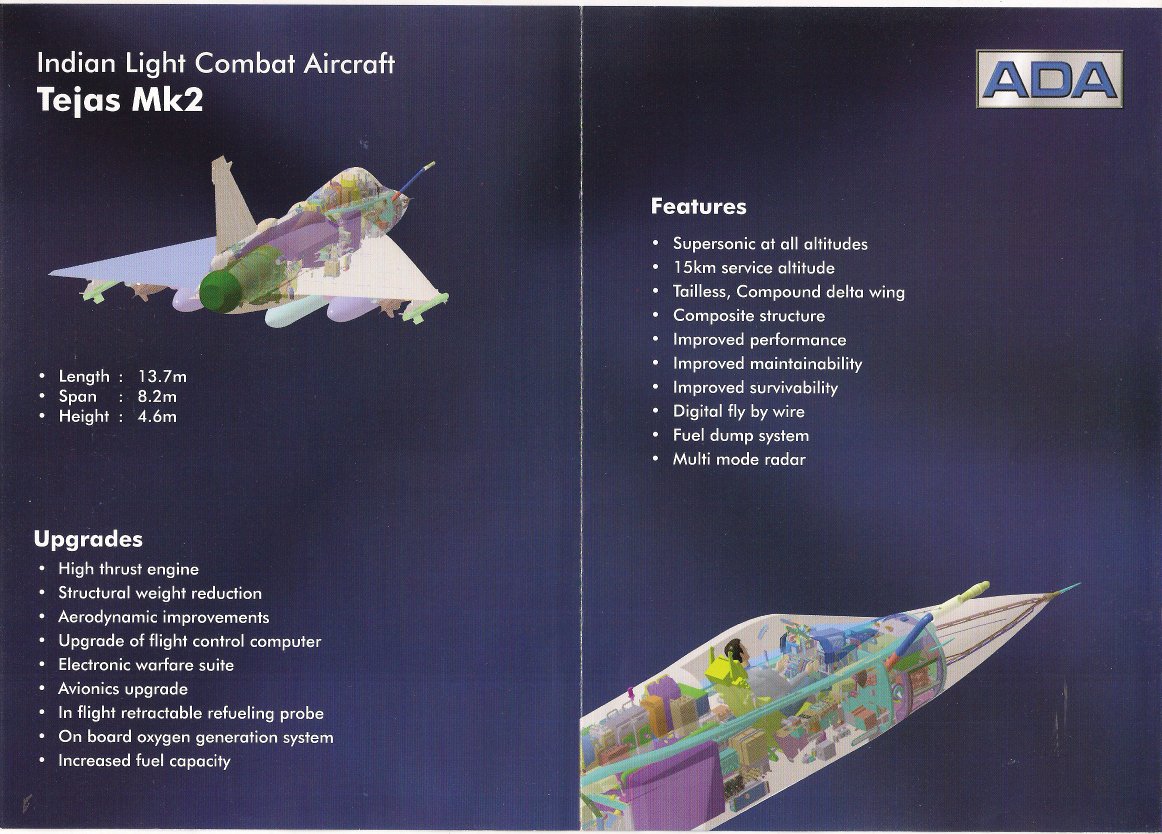 Finally, HAL has begun the process to build the first Tejas Mk.2 air force prototype, envisioned as a slightly larger but much more capable fighter than the floundering Tejas Mk.1. On November 19, HAL's Aircraft Research & Design Centre (ARDC) floated the first of many requirements for raw materials -- alloys and such -- for the first Tejas Mk.2 (first pictures) prototype vehicle and other assemblies. More requirements will be put out over the next few weeks.

HAL is looking to put the Mk.2, powered by the General Electric F414-GE-INS6 turbofan engine, into the air in 2014. The highly anticipated Mk.2 programme will cost at least $542.44-million (Rs 2431.55-crore), comprising full scale engineering development. The IAF has put down an official requirement for 83 of the Mk.2s. Working on a detailed post on the Mk.2. No timeframe, though!
Posted by Nayeem Sheikh at 02:17