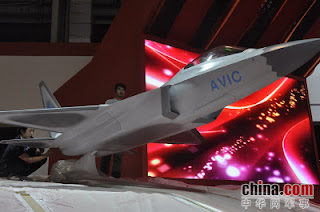 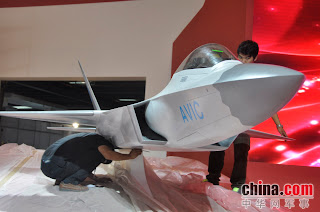 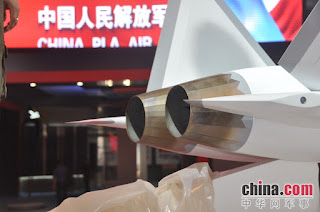 Two weeks after China’s new J-31 stealth fighter made its debut flight on Oct 31, it will be officially acknowledged with a mock-up of the aircraft in Airshow China, the Beijing-endorsed air show that opens in Zhuhai, China on Tuesday. With China’s official media reporting that the J-31 will be sold to overseas customers, Indian analysts say that the Pakistan Air Force (PAF) might be one of the earliest customers of the J-31.
The English-language newspaper Global Times, which is owned by the Communist Party of China (CPC) cites Bai Wei, former editor of the Aviation World Monthly as saying, “Currently the only fifth generation fighter available for sale is the F-35 by the US. The ‘J-31’ will offer an alternative for non-traditional allies of the US.”
The leakage of photos of the J-31 debut flight, which analysts regard as deliberate, had triggered speculation that the People’s Liberation Army Air Force (PLAAF) had built that aircraft for the international market, creating a rival for Lockheed Martin’s long delayed F-35 Joint Strike Fighter. Aviation experts assess that the J-31 would also need 7-10 years to enter operational service
Indian analysts, including Pushpindar Singh of the Society for Aerospace Studies, point out that the PAF’s preference for Chinese fighter aircraft make it likely that it would acquire the J-31 as soon as the fighter is ready for operational service.
“Already, the backbone of the PAF is made up of Chinese fighters like the JF-17 Thunder, the J-10 and the F-7. It is close to certain that Pakistan would also opt for at least two squadrons of the J-31, given that the US is unlikely to allow it into the F-35 partnership,” says Pushpindar Singh.
Indian analysts believe the PAF will emerge as a 23-squadron air force by 2020, with its backbone consisting of 12-13 squadrons of the JF-17 light fighter. While the Pakistan Aeronautical Complex and the Chengdu Aircraft Industries Corporation (CAC) have ostensibly developed the JF-17 jointly, analysts believe that most of the development was done by CAC. The PAF already operates four squadrons of the JF-17, which is part-built in Pakistan and China.
In 2020, the PAF would also have four squadrons of Lockheed Martin F-16s, two squadrons of the J-10 from CAC, and three squadrons of older Chinese F-7TGs.
The close relationship between the PLAAF and the PAF is evident from the presence at the Zhuhai Air Show of three PAF JF-17 fighters, which will be flying displays during the show. 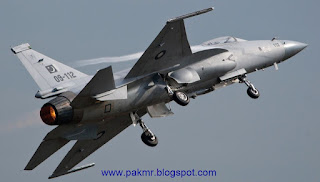 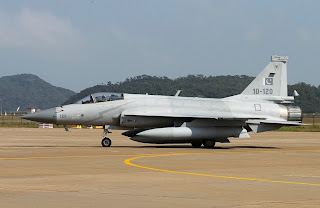 Meanwhile, the Indian Air Force (IAF) is currently down to 34 squadrons, with which it must defend both the Pakistan and the China borders. By 2017, the fourteen IAF squadrons that fly MiG-21 and MiG-27 fighters would also have been disbanded, and replaced by just 4 new squadrons of Sukhoi-30MKI fighters.
“With the procurement of the Dassault Rafale fighter also running late, the IAF will be facing what can only be described as a crisis in 2017,” says Pushpindar Singh. 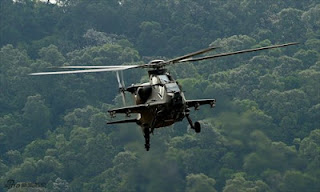 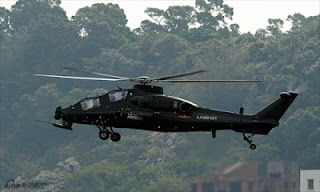 Airshow China will also feature, for the first time ever, China’s new WZ-10 attack helicopter, which will be capable of flying anti-tank and anti-aircraft missions, fielding a payload of rockets, missiles and a rapid-fire cannon. Like in every China-built fighter aircraft, the five-tonne helicopter will be powered by a foreign engine.
The air show at Zhuhai will also feature a new Chinese long-range ground-to-air missile called the FD-2000.