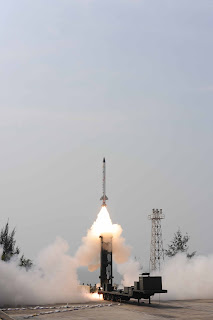 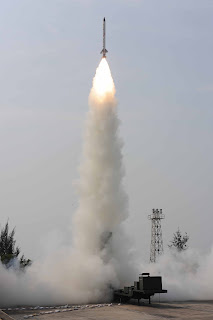 Signalling India’s readiness to deploy the home-grown Ballistic Missile Defence (BMD) system in the near future, an advanced interceptor missile destroyed an incoming target missile in a direct hit at an altitude of 15 km over the Bay of Bengal on Friday.

In Friday’s mission, missile technologists from the Defence Research and Development Organisation (DRDO) for the first time tested the configuration for destroying an incoming actual missile and another electronically simulated missile.

According to top DRDO sources, the electronically simulated target which mimicked a missile coming from a distance of 1500 km, was electronically hit at an altitude of 120 km.

Within minutes of the launch of the real attacker missile, a modified surface-to-surface Prithvi from Chandipur, the actual interceptor , Advanced Air Defence (AAD) missile took off from Wheeler Island and destroyed the ‘hostile’ missile at an altitude of 15 km in the endo-atmosphere at 12.52 p.m.

As soon as target missile was launched, the Long-Range Tracking Radars and the Multi-Functional Radars tracked it and passed on the data to the guidance computer to launch the AAD, which homed on to the target missile and pulverised it.

Celebrations broke out at Wheeler Island following the success of the mission, which was the eighth ballistic interceptor missile test. So far seven missions have been successful and one of them, the first one was conducted in exo-atmopshere at an altitude of 48 km in November 2006.