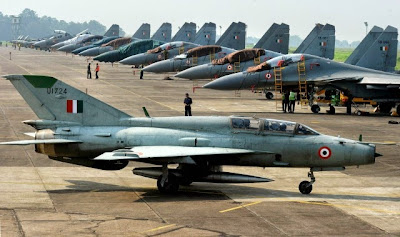 The long awaited answers for the ever troubled MMRCA deal aka ‘The mother of deals’ has been officially announced by the Defence Minister Manohar Parrikar who has said the MMRCA will seize to exist. The Modi led government has lighted up the path for the landing of the crucially needed Rafale’s by negotiating a $4 billion deal with the French according to which IAF will be acquiring 36 Rafale’s in fly away condition from France. 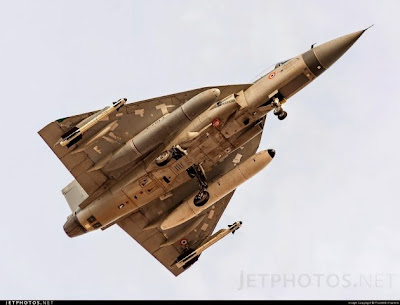 LCA Tejas in a Air to Air Config

But this bold move for doing away with 36 jets has failed to answer the needs of the IAF. The problem of replacing the MiG 21 with a reliable light combat aircraft has been unanswered, LCA Tejas designated as a replacement to the work horses MiG 21 is now years behind the schedule. 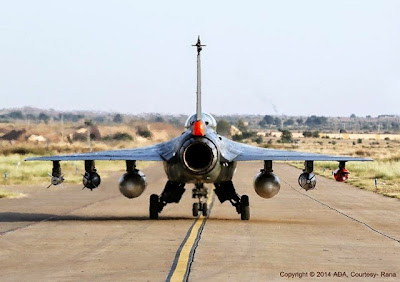 Tejas by now was expected to be serving the forces and if HAL has struck to the old plans the aircraft would have entered its first MLU (Mid Life Upgrade) but yet the program is to materialized and IAF waiting to receive its first squadron of the Tejas. Tejas is now in the lime light and received the crucial clearance for serial production and IAF will soon be armed with the first squadron of the Tejas in this fiscal year.

HAL, the state owned aerospace pioneer has been struggling to provide India with a reliable LCA for long. HAL is already overburdened with projects that when completed promise to provide with a formidable punch. Any more projects awarded to HAL will only take out the dipping resources from the company’s work force.

Hence asking HAL to build the MMRCA will result in further more delays than what has been witnessed till date. HAL would need 2.7 more times to build a single fighter jet than what is taken by Dassault in France. Dassault would be rolling out the third Rafale when HAL would just be completing a single Rafale. What the Indian population has to understand here is the technologies used in the manufacturing of a ‘Fighter jet’ is the best available in the industry.

Mr.Parrikar has stated LCA will replace the MiG 21 if no other single engine fighter can replace the existing fleet of the MiG 21 leaving enough pressure on the HAL to work will all its might to stick to the revised deadline for the LCA project.

Light fighters have a unique set of capabilities, with light weight as its main stay the fighter enjoys a very high degree of maneuverability and the infrastructure required for the operation of these jets is too less.

The requirements of IAF by these aircraft are not merely to replace what role the MiG 21 was playing the force but IAF expects these jets to perform wide array operations that will effectively reduce the need for other specialized aircraft.

The LCA Tejas is a multirole light fighter powered by a single engine capable of accommodating a single crew. The LCA is a supersonic fighter developed by the state owned HAL. Tejas is a product of the LCA program that was conceived in 1969 by the Indian government, for better management of this program the Aeronautical Development Agency (ADA) which was formed after the merger of over 100 defence labs, industrial organizations and various other eminent institutions which would guide HAL in the making of this indigenously developed jet.

The project was to be developed indigenously developed and the government expected about 70% of the components in LCA to be manufactured in India and the dependence on imported components used to be progressively reduced in the coming years.


The design for the LCA was completed by 1990 and was designed as a small tailless delta winged aircraft with relaxed static stability and modern control configurations that could provide a very high degree of maneuverability to the aircraft.

Dassault aviation of France was selected as the consultant for the project and would manage the projects progress and would also provide assistance to India. The first phase of the project was started in 1993 and concentrated on the designing, development and testing of two technology aircraft. The aircraft finally took to skies by January 2001 promising India of an indigenously developed jet.

The second phase was started around November 2003 and would be the last stage in which prototype aircraft would take to skies and would be very technically advanced products which would incorporate the developed anomalies that were witnessed in the first prototype. The project after being delayed for long has now materialized and has enjoyed a good track record.

HAL has for now build various prototype that have evolved to a very technical advanced product, each new prototype has adapted battle deciding technologies. On 25th April of 2007 after a glorifying ceremony the first limited series production aircraft coded LSP-1 completed its first flight in Bangalore.

Extensive trials aboard this aircraft were carried out checking the reliability of the aircraft. The navy version also took to skies in 2010 paving the way for a naval version of the Tejas.  In 2010 LCA project had a major leap with four more LSP taking to skies and were awarded the crucial IOC.

Tejas received its all crucial IOC-II by the end of 2014. With various tests being conducted throughout India involving the weapons system, sensors, propulsion units and various other subsystems the aircraft is expected to handed over its FOC (Final Operation Clearance) by the end of this year. 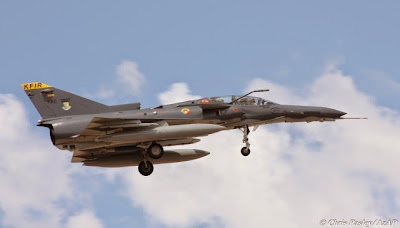 India has already come forward with new improved designs under the LCA project and has cherished it as the Tejas MK II which have enhanced designs and technologies making the Tejas more reliable.

MK II will be fitted with the Cobham IFR probe and Israeli AESA , and will have a enhanced wing design providing a better degree of  maneuverability. Even though the Tejas is said to be a reliable product it lacks the punch the IAF has demanded and can compromise the scope of operations the pilots can perform.

The MKII with all the enhancements promise to provide a very reliable aircraft but with the LCA Tejas itself to be inducted to the force the MKII is a long distant project. The security of the force is something that can’t be compromised and has to be looked after under any circumstances.

With the MK II being a distant it is crucial other options are looked at and with the flying squadrons depleting drastically it is time an option is floated at the earliest. Any more projects on HAL will compromise the work on both the MKII and any project added to them. Bu what the government can look at is an joint venture with a leading Aerospace partner who can take the cumbersome work but yet provide a reliable platform for Indian companies to develop on.

The Swedish Saab is a leading aerospace community that has provided very reliable aircraft's to leading forces across the globe but the relationships with Saab and Indian forces is good, but  setting up a reliable work station itself will take a long time.

Israeli IAI has been a leading aerospace partner for India and has helped India develop platforms, avionics, missile systems, propulsion systems and the list goes on every project executed by the Indian side has had the participation of the Israeli aerospace industry. Israeli products have been cost effective and have saved time and works for the Indian side.

With just $50 Million being shunted out for a single aircraft the development is strongly compromised. To make costs for this the product developed in JV can be exported to countries which not only serve economically but also go a long way in the diplomatic channels. The Latin American countries and various other African countries are now investing heavily in acquiring modern technologies to their forces.

Israel operates F 16, F 15 and the stealth enabled F 35 is currently in the pipeline and will operate them by the end of this decade. Israel operates no light fighter but building a light fighter with the technology they poses is extremely easy and can fill the treasury of Israel. Israel already has completed several export orders under the Kfir program and the countries are operating successfully.

If at all India starts a JV with Israel, India will have no worries in the field of providing avionics and latest technologies to the aircraft. India will still have to develop a power packed engine or again this can also be exported form a foreign firm. With the help of Israel India can then manufacture aircrafts easily back home with all the technology. 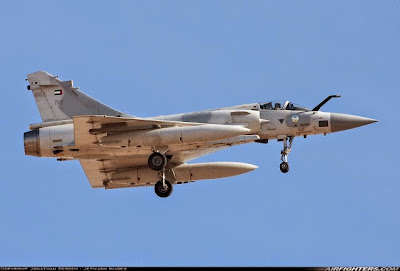 The Israeli's might need one or two squadrons of these jets, and we India can manufacture some ten to fifteen squadrons and another few more squadrons can be developed for export.

If India starts with the negotiations and paper work the actual contract materialize by early next year and the prototype can be expected anytime by 2019 and the first operational squadron can be expected by 2023 by time which HAL will e ready to start with the MK II development program.

By 2025, stealth would be seen in almost all advanced countries but not all countries will be able to operate a stealth enabled aircraft. Faced with internal threats African and Latin American countries need reliable light fighters and the export option will always be viable for the program. 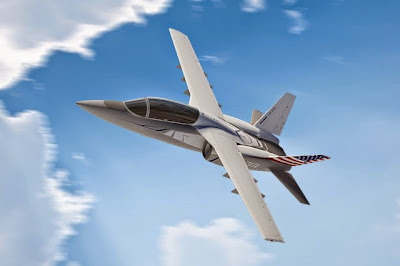 Source
Posted by Nayeem Sheikh at 00:02