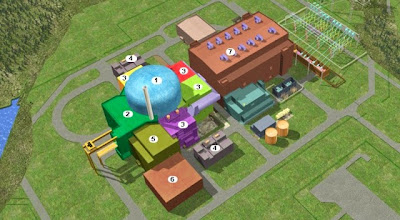 France on Friday became the first major nuclear power to agree to manufacture nuclear reactor parts in India, and committed to reducing the cost of six reactors it is selling to New Delhi, the assurance coming during Prime Minister Narendra Modi's visit today.

India and France also inked three pacts on inter-planetary research on the 50th anniversary of their co-operation in space after Modi's meeting with French President Francois Hollande.

The nuclear and space pacts were the key diplomatic gifts Modi will take home with him from France. In return, he assured Hollande India will directly purchase 36 Rafale fighter jets, ignoring standard tender procedures.

"The agreements to reduce the cost of nuclear power are very important for us to progress in our co-operation. This is representative of our deep trust in each other," Modi said in Hindi after the meeting late evening in Paris.

But crucially, Indian production of key nuclear parts will likely also reduce manufacturing costs and the eventual burden on the taxpayers when India purchases reactors made from these components.

Finally, the Indian manufacture of nuclear components will yield something India has long craved - technology transfer from a key nuclear power. "We have no reason for any distrust in our relationship," Hollande said.

Areva and the Nuclear Power Corporation of India Ltd (NPCIL), India's sole nuclear operator, also signed a separate agreement to finalise the cost of the six reactors. France has so far been demanding a price equivalent to Rs 9 per unit of electricity, a rate India has argued is not viable. Instead, India has pitched a maximum cost of Rs 6 per unit.

The breakthrough in the logjam over pricing represents a second advance in three months in India's nuclear ties with key world powers, after the understanding New Delhi reached with Washington on resolving US concerns over nuclear liability during President Barack Obama's visit to India in January.

Source
Posted by Nayeem Sheikh at 22:35