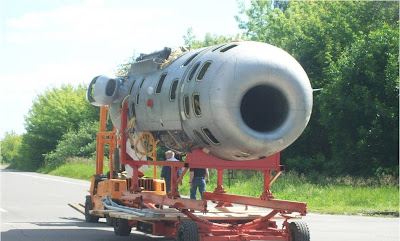 Major projects of the DRDO, including Light Combat Aircraft (LCA) and airborne early warning system, are running behind schedule by up to 13 years.This information was furnished in Rajya Sabha on Wednesday by Defence Minister AK Antony in response to questions.
Giving details, he said the probable date of completion of Light Combat Aircraft (LCA) Phase-II is up to March 2015 as against the original schedule of December 2008 while that of Airborne Early Warning and Control (AEW&C) System to March 2014 from October 2011.

Similarly, the probable date of completion of Naval Light Combat Aircraft (LCA Navy) Phase-I is December 2014 as against March 2010 and that of Long Range Surface-to-Air Missile (LR-SAM) to December 2015 from May 2011.
In case of Aero-engine Kaveri, the date has been extended within the sanctioned cost and scope. The original date was December 1996 which has been revised to December 2009.
Antony said reasons for delay include ab-initio development of the state-of-the art technologies, non-availability of trained and skilled manpower in respect of ab-initio development projects and non-availability of infrastructure/ test facilities in the country.
As far as construction of submarines is concerned, Antony said, “There is delay, which has been attributed to delay in procurement of construction materials.”
The project is being closely monitored by Ministry of Defence and Indian Navy to complete it without any further delay, he said, adding, “Detailed information cannot be divulged in the interest of national security.”
Posted by Nayeem Sheikh at 23:53