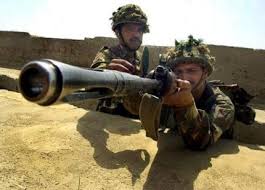 Seeking to provide a close-to-real battlefield situation for its troops to train, the Indian Army is working on a Rs 40-crore plan towards modernising infrastructure at two of its main field firing ranges in Pokharan in Rajasthan and Babina in Madhya Pradesh.

The Army has 66 field firing ranges at the moment which is having an impact on its capability to train its soldiers and practice live firing of weapon systems. Recently, Defence Minister AK Antony had said that out of the 104 firing ranges held by the Army in 2009, “38 were deleted from the list due to their not being available for use by the Army and also not being re-notified by state governments concerned in spite of relentless efforts”.
Out of the remaining 66 firing ranges of the Army, 15 are currently de-notified by various state governments, he had said.