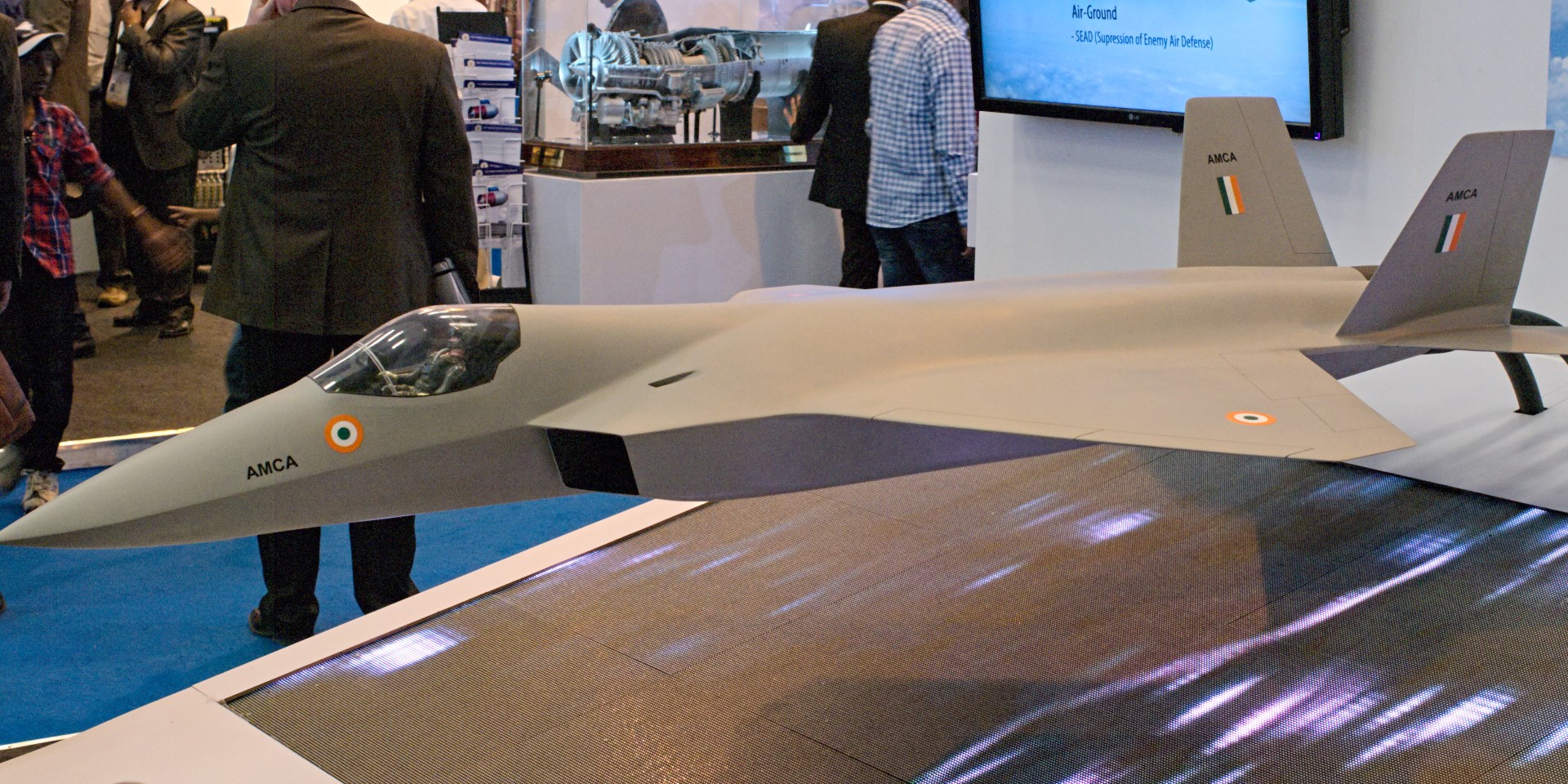 US Defense Secretary Ashton Carter's visit to India on Tuesday, June 2, 2015 will likely be crucial to the progress of India's Advanced Medium Combat Aircraft (AMCA), a 5th generation fighter that has been on the drawing boards since 2008. According to Business Standard, Indian officials plan to push Carter on giving India access to US jet engine technology under Defense Trade and Technology Initiative (DTTI). Bengaluru based Aeronautical Development Agency (ADA), which is developing the AMCA, has mastered all the technologies that will go into the stealth fighter, except the power plant! As a result, the project is stranded in the doldrums, waiting to pick up breeze that could only flow from the US. Failure to develop engines stymied the success of the past two Indian attempts to indigenously develop fighters - Marut and LCA. The country can ill afford to repeat.Ideally, an aircraft should be developed around a proven engine. The IAF wants the AMCA to be 25-ton class fighter with a 110-kN power plant. Unfortunately, there is no 110-KN class engine available in the world market. Not yet anyway.

But USA's GE Aviation has been working on a variant of the GE F414 which would have a thrust of 26,400 pounds (120 kN). Coincidentally, the GE F414 happens to be the chosen power plant for the LCA Mk-2 and the LCA Navy Mk-2. Under a contract signed in 2011, GE Aviation will supply an initial batch of F414-GE-INS6 (F414 customized for LCA Mk-2) engines and the rest will be manufactured in India under transfer of technology arrangement. The more powerful and longer life variant of the F414 is called F414 Enhanced Performance Engine (EPE). It's based on technology that GE Aviation developed under the federally funded (2004) Enhanced Durability Engine (EDE) project. Competed in 2006, the project resulted in a F414 variant with 15% higher thrust or longer life without the thrust increase. The EDE engine featured a six-stage high-pressure compressor (F414 standard uses 7 stages) with 3% higher thrust. Its high pressure turbine, built using new materials and featuring more efficient cooling, increased turbine temperature tolerance by 150 °F (66 °C).

Development of the GE F414 EPE is not yet complete. In 2011 Boeing had offered the IAF Super Hornets powered by F414 EPE engines for its MMRCA program. According to Boeing chief test pilot Ric Traven, EPE would have dramatically improved the Super Hornet's performance at high speed and altitude, halving supersonic acceleration times. Based on the ready availability of the F414 and the almost certain availability of the F414 EPE in the near future, ADA is inclined to firm up the AMCA design around a 110-kN engine, but use a 90-kN off-the-shelf engine to power prototypes of the aircraft, giving itself time to develop a 110-kN engine.According to ADA Director PS Subramanyam, it would be prudent to procure and integrate an available engine into the aircraft to ensure the project is not delayed any further.

“Since the fighter has been designed to take on an engine with a higher thrust, we can integrate it as and when such an engine is available. This is what has been done by Dassault in the Rafael development program,” he says. With a max thrust of 22,000 lb. (98 kn), the F414 meets ADA's immediate requirement as an AMCA prototype power plant. And with a max thrust of 26,400 pounds (120 kN) the F414 EPE would be eminently suitable for AMCA series production aircraft. During Aero India 2015, DRDO and IAF officials reportedly discussed AMCA engine requirements with GE Aviation and Russia's Klimov.

Russia's Klimov is known for its RD-33 family of fighter engines. The RD-33 has a max thrust with reheat of approximately 17,000 lbs. (81-kn). In other words, the engine is not suitable for the AMCA. Also, Klimov does not have the technology to produce an engine with a thrust to weight ratio of 11:1, as does GE Aviation. The RD-33 thrust to weight ratio is just 8:1. However, what the Russian company does have is advanced thrust vectoring nozzle (TVN) technology. Klimov is the only company in the world that has succeeded in developing a universal omnidirectional jet nozzle; its TVNs are used on RD-33 and AL-31F jet engine families. The IAF appears keen that the AMCA features thrust vectoring so that it enjoys an edge over its contemporaries in low speed combat.

The joint statement released during US President Barack Obama's visit to India from January 25 to 27, 2015 referred specifically to US - India collaboration in developing a hot engine, a reference to jet engines with higher turbine temperatures and greater thrust. The F414 EPE is just that. Hotter engines have better thrust to weight ratio, but they are not easy to develop. High turbine temperatures weaken turbine blades and make them more susceptible to creep and corrosion, unless they are made of special material that can withstand the higher temperatures. The current version of the Kaveri, which is undergoing flight certification, is limited to 81 kN of thrust with afterburning because turbine blade manufacturing technology available with GTRE and HAL doesn't allow for turbine entry temperatures in excess of 1700 K.

India appears keen to fund the development  of the F414 EPE as a AMCA power plant, and perhaps a LCA Mk-2 upgrade, the hope being that it will get access to the the technology for hot engines. In parallel it hopes to get the TVN technology from Klimov. What must be clear to readers by this time is that the success of the AMCA project is heavily dependent on US assistance. US readiness to part with hot engine technology would give India a game changing capability jump over China, which has two 5th generation aircraft under development, both powered by third generation engines! US reluctance to part with the technology may force India to resume negotiations with Snecama and Euro jet for developing an AMCA powerplant from scratch, delaying the AMCA project by years.
Posted by Nayeem Sheikh at 04:08