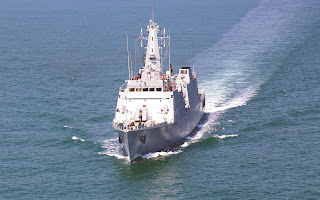 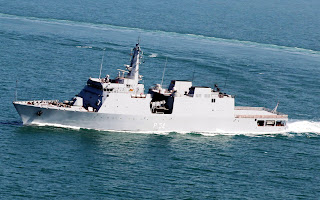 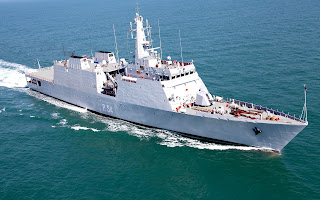 INS Saryu, the lead vessel of the indigenous Naval Offshore Patrol Vessel (NOPV) project, was inducted into the navy today. It was designed and built by Goa Shipyard Limited.

INS Saryu is propelled by two SEMT diesel engines which are the largest engines of its type to be inducted in the Indian Navy, permitting speeds in excess of 25 knots. The ship's propulsion and power management  is controlled through a Remote Control System which incorporates an Automatic Power Management System. An integrated LAN system onboard along with a CCTV management system ensures optimal utilization of onboard equipment and better crew efficiency.

INS Saryu has a complement of 8 officers and 105 sailors.